American actress Elizabeth McGovern will be starring in play God of Carnage. 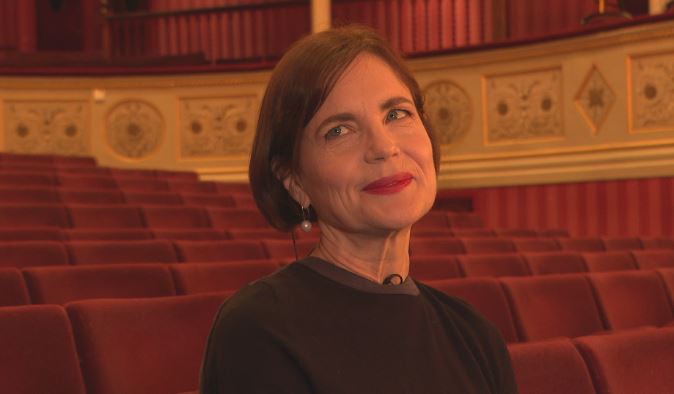 Downton Abbey star Elizabeth McGovern is excited to be returning to Glasgow for her new stage show.

The American actress just hopes she gets to see some of the city this time.

She’s in God Of Carnage, which launches at the Theatre Royal on Monday, and hopes to get a chance to explore the city – unlike her previous visits.

McGovern said: “I have worked and shot movies in Glasgow before and I am so excited to return.

“I have always loved it but because I have been working I don’t really get to see enough of it, so hopefully this time I will get a little bit more of a chance to explore.

“I just find it a great city and really fascinating.”

Written by award-winning Yasmine Reza, the play, which will run for a week in Glasgow, is about two parents who get into an altercation after one of their children hurts the others in a park.

Speaking to STV News, McGovern, 58, who will star as one of the parents, said: “The play is a hilarious look at middle-class sensibility.

“It is really unusual, very well written and good fun for the audience because there is an absolute reversal of dynamic every two minutes.”

Best known as Cora Crawley in historical period drama Downton Abbey, which was turned into a full-length feature film last year, McGovern remained coy when asked if she would be returning to the role.

She said: “It depends on the script and the situation, I take it one day at a time.

“I am very word orientated and I feel as though if you don’t have a story there is really no point for me.”