Scott has teamed up with Welsh for new six-part adaptation of the Trainspotting author's novel Crime. 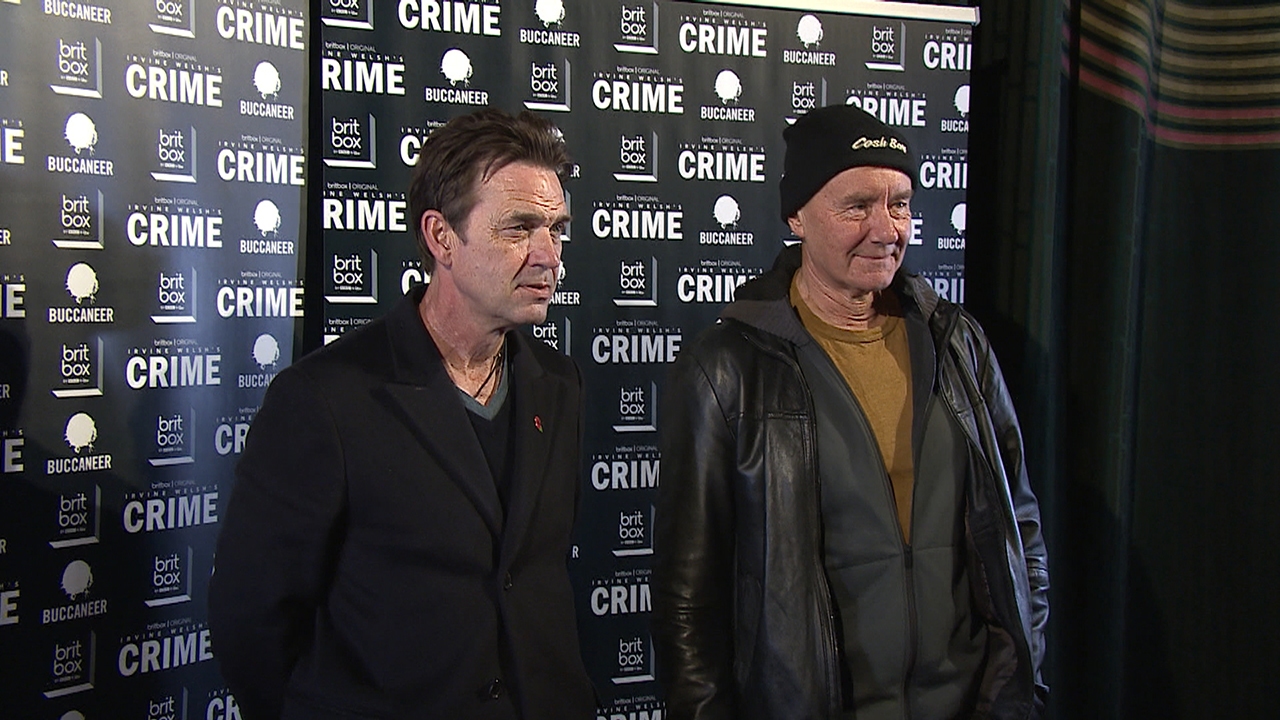 Dougray Scott has revealed that his latest role in Irvine Welsh’s new drama has been a long time coming.

Scott stars alongside Ken Stott and Angela Griffin in an adaptation of Welsh’s novel Crime, which is now streaming on subscription service BritBox.

He plays troubled detective Ray Lennox in a role that was first mooted to him by the Trainspotting author more than a decade ago.

“I met Irvine in Dublin about 12 years ago and we were trying to find something to do together and he suggested Crime,” Scott told STV News.

“I read it and I was just blown away.”

The initial proposal was to turn Crime into a film, but the final result is a six-part streaming series, which Scott believes lends itself perfectly to the development of complex characters such as Lennox.

“He’s kind of masochistic in many ways, but ultimately he’s a very selfless empathetic character, so it’s quiet exhausting to play,” he explained.

Scotland is no stranger to crime drama, with Taggart and Rebus held in high regard, but Crime, with Welsh at the helm, is different, despite a familiar premise – missing child, suspects and police.

“I’ve been in America for ten years, so it’s much more influenced by things like The Wire and True Detective,” Welsh told STV News. “It’s much more of a psychological thriller.

“We have this thing – we have a kind of childlike attitude to these things in Britain. It’s kind of like cops and robbers.

“You know, it’s like the cops have to be the good guys, the villains the bad guys and the cops catch the villains and put them away.

“Whereas in America… people have to do this absolutely impossible job which asks great things of them psychologically, so they’re messed up by that. So we’re acknowledging that psychological truth and we’re doing a drama based on that.”

Scott believes the fact the series is on BritBox, as opposed to a mainstream broadcaster, has allowed it to flourish in the way Welsh intended, with grit, edge and strong language, as well as subtle comic undertones in parts, synonymous with the writer.

“I think when you’re behind a paywall, the language can be more of the vernacular and with Irvine, that’s important,” Scott said.

Welsh and Scott share a close bond and respect for one another, with a mutual passion for powerful storytelling – and Hibs football club.

Building on Welsh’s dark sense of humour, it’s no surprise that he made his leading man a Hearts fan.

“That was the biggest joke Irvine ever played on me, having to play a Jambo,” Scott joked. “Yes, a lot of acting required for that one…”

Welsh added: “There’s a lot of bad things going to happen to him and I can handle that because I can handle a Jambo being messed up and terrible things happening to him.”

Welsh and Scott’s partnership looks unlikely to end with Crime, with Scott just confirming that he’s teamed up with its production company Bucaneer, which also made Marcella, to form Bucaneer Scotland.

The company will be based in Glasgow with a mission to “promote Scottish voices and culture and bring original stories from the country’s best talent to a global audience”, something Scott is extremely passionate about.

“We’ve got such a huge wealth of talent in this country and I want to be part of that storytelling in Scotland,” he said. “I’ve worked all over the world and there are so many writers here I want to work with and stories I want to tell.

“I think you have to believe in your country and believe in your stories and your writers. I think too often in the past we’ve been too worried about how things will go down in England or America.

“Rather than dilute a story to try and make it sell in England or wherever you want to sell it to, celebrate the fact it is Scottish. It has its own unique cultural tapestry and we should be proud of that and celebrate it and promote it.”

And speaking of Trainspotting, Welsh isn’t done with that yet as he is currently working on a musical version.

But fans shouldn’t expect to hear Lust For Life or Born Slippy on stage.

“Myself and my buddy Steve have written a lot of songs,” Welsh said. “Phil McIntyre, who I’ve worked with before – he’s a big west end producer – is into it, so we’re just going to do it.”