The show marks a triumphant return to the theatre which has been closed for 547 days. 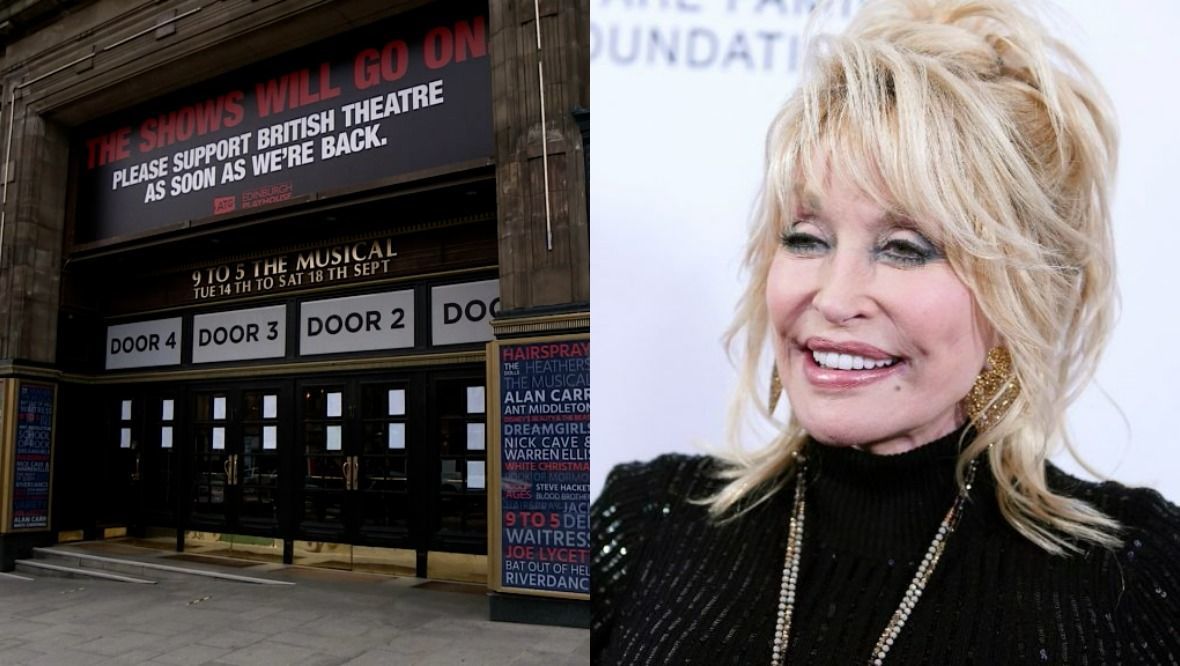 Dolly Parton’s 9 to 5 the musical has arrived in Scotland – and it’s currently delighting audiences in Edinburgh.

The show, starring Louise Redknapp, marks a triumphant return to the Edinburgh Playhouse – the UK’s largest theatre – which has been closed for 547 days.

Theatre staff say the first week has been “emotional”, but it’s “exceeded all expectation”.

For one performer, opening night was emotional. Kirsty Shaw grew up around the corner from the playhouse and performing on its stage has been a lifelong dream

Ms Shaw told STV News: “It was amazing because it was my first time back on stage after 22 months I think.

“It was just surreal because it’s my home, it’s where I grew up and I used to watch all the shows.

“I used to do Stage Experience which was like a summer school thing which was amazing, it’s a bit emotional.

“It’s a bit weird but it’s so good – we’ve got two other cast members from Scotland and you can tell that when we’re here we just have so much pride for this theatre and for Scottish theatre and for what we can do.”

Despite a few safety measures in place, it does feel like a return to normality.

Pam Aldred, Edinburgh Playhouse: “It’s been emotional. For our theatre and for our industry.

“There were times when we thought ‘surely we’re going to get open at Christmas, no, it’s not Christmas. Might be Easter, no it’s not Easter.

“It just felt draining at times. It was really emotional and a bit of a roller coaster.

“When we all got that call back to say ‘right, we’re going to reopen’, I can’t describe the feeling. It was just incredible.”

The show will tour across Scotland later this year.