The band say Riding on the Tide of Love is way of trying to stay in touch with people during the pandemic. 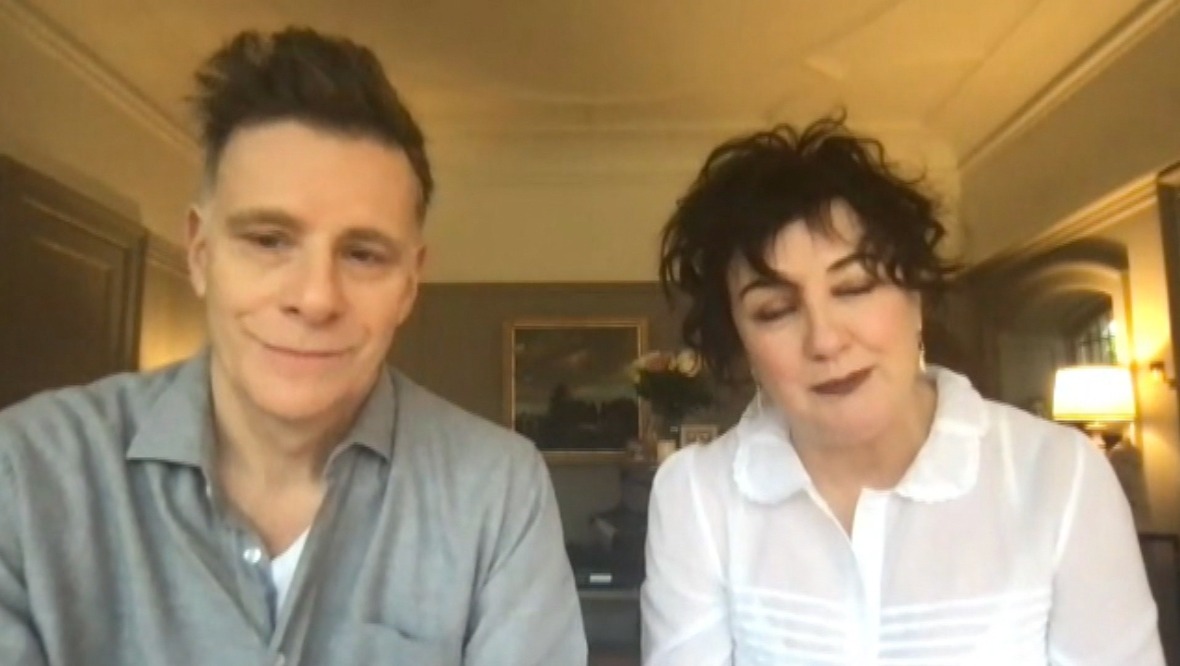 Deacon Blue have released a new ‘mini album’ recorded at home during lockdown.

Riding on the Tide of Love has been released 36 years after the band first got together – with recording almost an “impossible” task during the coronavirus pandemic.

“It was an attempt to stay in touch with people,” said singer Lorraine McIntosh.

The band have also connected with fans around the globe during the pandemic after joining Gary Barlow for one of his online crooner sessions, racking up millions of views.

Lorraine said: “I think it kind of took our breath away, the reaction to it. I think it’s maybe his most viewed one – it’s like 2.6 million views or something.”

Frontman Ricky Ross said the success of the video took them by surprise.

He said: “When [Gary Barlow] phoned up about it, we all thought ‘oh we’ll maybe do a cover version’. I wasn’t sure how it worked, then he said ‘no mate. I want your biggest tune. I want Real Gone Kid!’.”

Lorraine and Ricky say they are touched by the impact some of their biggest songs like Real Gone Kid and Dignity have had over the years, and never take it for granted.

“At the very start of the lockdown, we were keeping track of a friend who was ill, Bill Cox,” Ricky said.

“He’s a guy that came to a lot of our gigs. His daughter got in touch to say Bill was ill with Covid and very very quickly, he deteriorated. Went into intensive care and died.

“I put out a version of Dignity, just as a tribute to him and then they wanted to play that at the funeral and that very often happens, that people take songs, they get played at these particular occasions and they do mean an awful lot to people.

“We’re really honoured by that.”

The band are hopeful that they will be back on tour later this year, after being forced to reschedule dates due to the pandemic.

“All the dates have been rescheduled and I have a feeling they will happen but if they don’t, they will go back again a few months,” said Lorraine.

“We will all just have to be patient.”