Musical takes in Glasgow, Edinburgh and Aberdeen on Scottish tour. 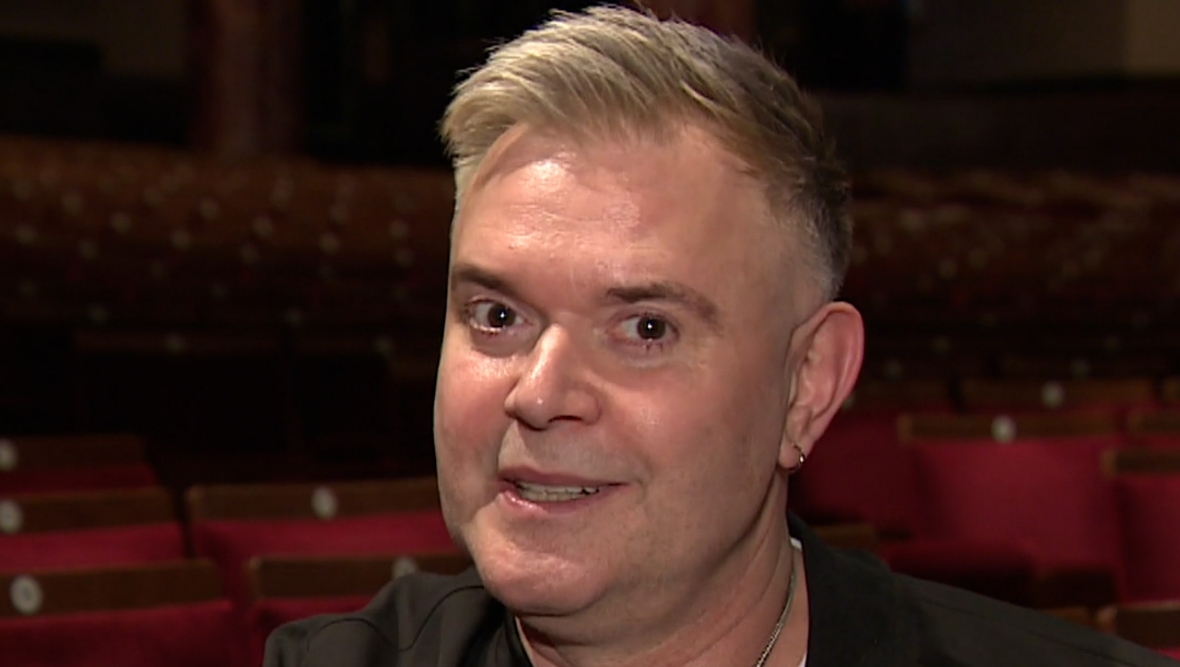 Stage star Darren Day has described Scottish audiences as “amazing” as he returned to the country with Footloose The Musical.

He features in an all-star cast alongside Jake Quickenden and Aston Merrygold in a tour which takes in Edinburgh, Glasgow and Aberdeen.

Based on the 1980s hit film featuring Kevin Bacon, the show follows the story of Ren, who moves to the town of Bomont only to find that dancing and rock music are banned.

Musical fans can look forward to classic 80s hits such as Hear It For The Boy and, of course, Footloose.

The tour kicked off in Edinburgh on Tuesday with Hollyoaks and Dancing on Ice star Quickenden in a lead role as loveable cowboy Willard.

He told STV News: “I’m not a natural dancer. I haven’t been trained.

“I haven’t gone to any acting, singing or dance school, but I’ve picked up the dancing all right and it’s fun to learn new things.

“I think you always learn when you put yourself out of your comfort zone.”

He said: “If I get offered a tour, I always look down to see if the Playhouse is on. The Scottish audiences are – I’m not just saying this – always amazing.

“I can say that because I’m half Glaswegian on my dad’s side. I love Edinburgh and I love Glasgow.”

From one seasoned performer to a rising star, newcomer Lucy Munden is one to watch as she makes her professional debut. She is playing Ariel after landing the huge role straight out of university.

The Edinburgh run finishes on Saturday before JLS star Merrygold takes over from Quickenden in the role of Willard.

Aberdeen’s Her Majesty’s Theatre is the next venue from July 25-30, before performances in the King’s Theatre, Glasgow, from August 1-6.