The movie, being filmed in Glasgow, has given jobs to 14 trainees. 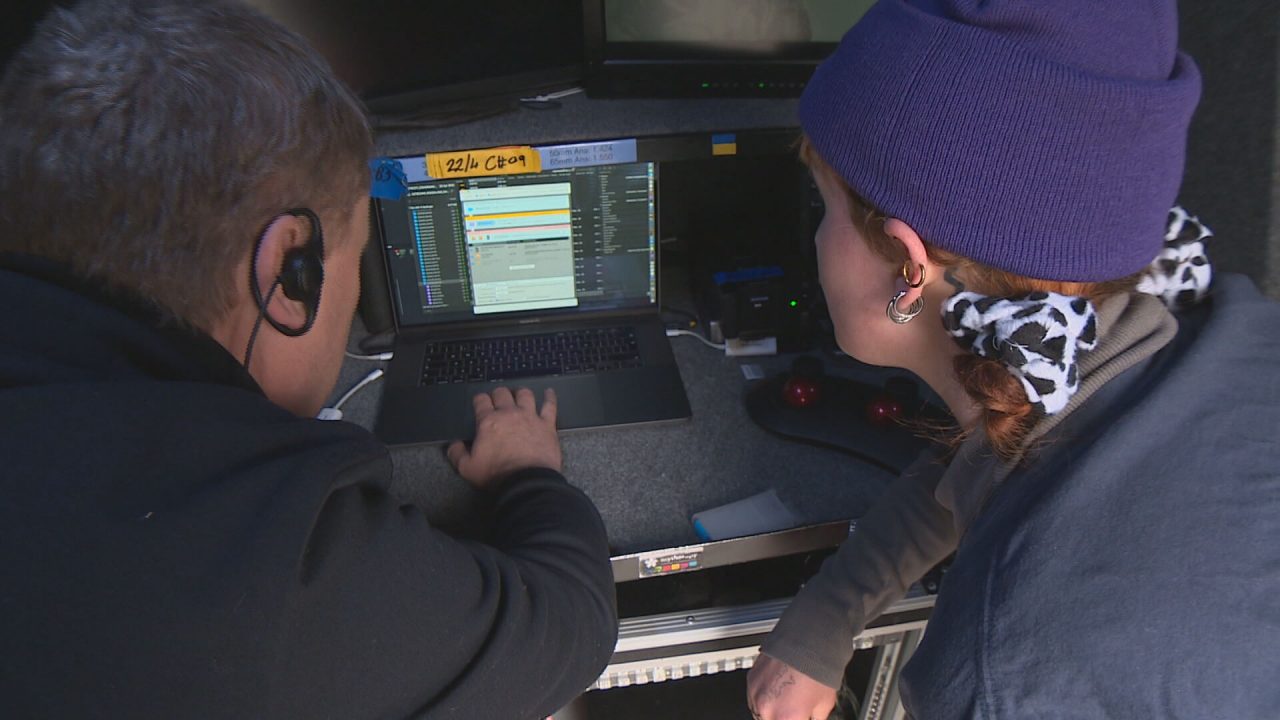 Scotland has seen lights, camera, action on the set of new thriller Borderland – and on the careers of the film’s young trainees.

The movie, which is set in 1970s London, has given jobs to 14 trainees, in departments that range from costume, to script, camera and digital imaging.

“It’s a very difficult industry to get into and it means that people who wouldn’t necessarily get the opportunity can come in and do it and it’s really good.

“There’s a lot of trainees and a lot of big productions coming to Scotland and it’s made a big difference to a lot of people.”

The film, starring Felicity Jones, Mark Strong, Colin Morgan and Aml Ameem, is set against the backdrop of 1970s London – although most of it has been filmed in and around Glasgow.

“It helps because it gives people an ‘in’ into the industry”, said costume trainee Catriona Charlton.

“And then we meet people and then hopefully it progresses from there. So it’s all about making contacts really.

Borderland tells the story of retired Irish paramilitary (Morgan), who witnesses the fatal shooting of his pregnant wife by an SAS officer (Ameen).

After outwitting the SAS, now wounded, and presumed dead, he escapes, taking his revenge to the dark and paranoid streets of 1970’s London.

The traineeships are funded by Screen NETS and BECTU. The new entrants are recruited from all over Scotland for technical, production and design roles in high-end TV and film.

The aim of the scheme is to help open doors for those who can’t break into the industry due to barriers faced, have no friends or family in the business or the financial means to establish themselves as a new entrant.

“I have a disability so being brought into the industry and having that support is really important“, said trainee script supervisor Catriona Napier.

“It’s such a male dominated industry in general and women having a voice in it is really important.
“I think seeing how the director and editor cut it together too, just watching something that you’ve made come together, I think I’ll feel really proud of it”, she added.

Because of the rise in streaming services, Screen Scotland say this is the busiest the film industry here has ever been.

And traineeships like this one are helping plug staffing gaps.

“There’s so many jobs coming up here now”, said Donald McSween, head of department on the film.

“We’ve got great locations and great technicians and plenty of studios coming through now. So there will definitely be plenty of work for the trainees coming up.”

Borderland will be filming in Scotland until May and the thriller will be released later this year.