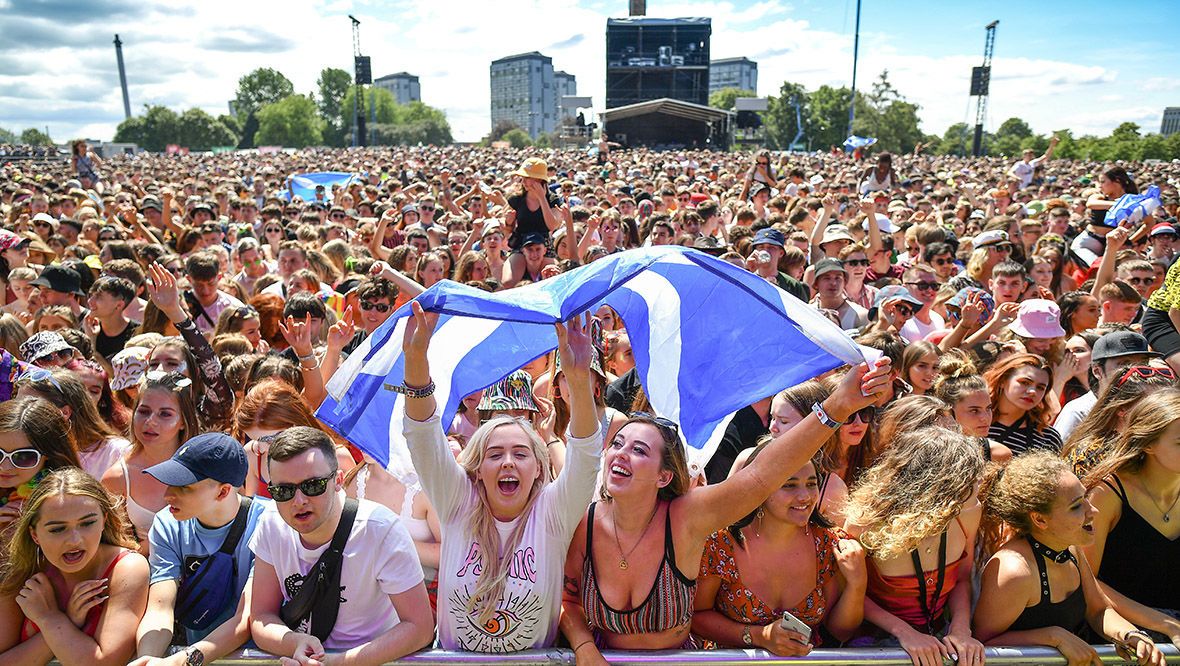 More than 40,000 are set to watch Biffy at Glasgow Green on Thursday night, before the three-day TRNSMT festival kicks off at the same venue on Friday.

Around 50,000 fans are expected each day at TRNSMT, which will be headlined by Courteeners, Liam Gallagher and The Chemical Brothers.

But first up at the venue is a separate show from the Kilmarnock rockers, who scored their third number one album last year.

Bass player James Johnston told STV News that the band “can’t wait” to be back playing on home soil.

“We’re playing a bunch of songs we’ve never played, so you can’t really overstate what a big deal it is.

“It’s potentially a lot of pressure, but it’s also a great privilege for us. I think people will have a lot of pent-up energy, perhaps mixed with frustration at being stuck in the house.

“I think it’s really going to kick off.”

The band have played three shows since restrictions eased – at Margate and Reading and Leeds festivals – but for the majority of Biffy fans in the crowd, this will be their first taste of live music in nearly two years.

Drummer Ben Johnston said: “To play Glasgow is always something extremely special to us.

“It’s where we cut our teeth as a young band, so to get to come back and play Glasgow at any point is really special.

“Glasgow Green is a really, really cool venue to play. We’ve done it a couple of times in the past and I think people are just so ready to go and celebrate outdoors.

“For us, for one of our first gigs back to be at Glasgow Green, it’s just so special.”

‘Safest gig in the UK’

Fans attending either event will need to provide proof of a negative lateral flow coronavirus test taken within the previous 48 hours.

TRNSMT organisers are promising that their anti-Covid measures will make it “the safest gig in the UK”.

While masks are not mandatory for revellers, they are being recommended while queuing and in toilet and bar areas.

The festival will also be cashless, while 140 sanitising stations will be positioned around the festival site.