Coogan signed a letter urging Scotland to reject independence in 2014 - but his position has changed. 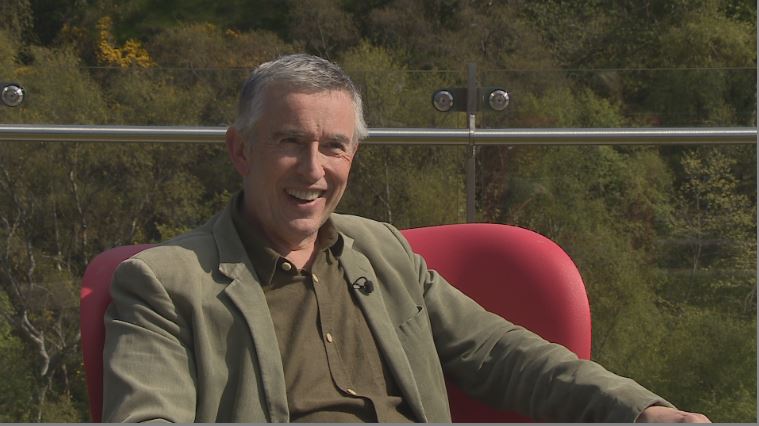 Comedian Steve Coogan has revealed that Brexit has led to him softening his previous opposition to Scottish independence.

The actor behind Alan Partridge said Scotland “made England look insular and inward-looking”.

While the UK as a whole voted to leave the European Union in 2016, the electorate in Scotland voted 62% in favour of remaining.

Coogan was one of 200 celebrities and public figures who signed a letter urging Scots to vote ‘No’ in the 2014 independence referendum.

“I’ve thought about that quite a lot – if that had happened now, would I think the same way? I don’t think I would,” he told STV current affairs show Scotland Tonight.

Coogan, who supports Labour, said those living in England who shared his point of view needed Scots to help them.

He said: “Without them, I feel like it’s all over. The anti-establishment English people look to Scotland and go ‘we need those people’.

“In some ways, I feel like the rap on the knuckles of Scotland leaving [the UK] would be well deserved after Brexit, but that’s not a particularly constructive way of thinking about it.”

Coogan was speaking as he kicked off the Scottish leg of his Alan Partridge ’Stratagem’ stage tour at the Edinburgh Playhouse. He has played the politically incorrect, bumbling broadcaster on screen for more than three decades, earning multiple BAFTAs for his portrayal.

“It’s fun because you can say things I wouldn’t dream of saying as me,” Coogan said.

“Most of the things Alan says are objectionable and funny because you shouldn’t say them. It’s sort of a release valve for the audience to hear someone say it out loud and laugh at things.

“The other part of it is you can say things you might secretly agree with and sort of hide under the umbrella of Alan.”

In the stage show, Alan finds himself having to navigate the complexities of the modern world, including hot-button issues such as gender politics and diversity.

He said: “It’s a lifestyle guru who is giving people advice on personal matters and helping the audience interpret the modern world and modern thinking.”

‘Most exciting time of my life’

Coogan’s career as a stand-up comedian took off after winning the Perrier award for best comedy show at the Edinburgh Fringe 30 years ago. He’s since gone on to write and produce TV programmes and films, including the Oscar-nominated Philomena alongside Judi Dench.

“I’m very privileged to have won lots of awards since then, BAFTAs and things, but none of them are as exciting as winning that Fringe award in 1992,” Coogan said. “That was the most exciting time of my life.

“There’s something really pioneering about the festival where people can be really expressive and experimental and you feel like you’re sort of wrapped in cotton wool and people are supportive of you.”

Catch up on the full interview on Scotland Tonight now on the STV Player.