The blaze broke out at Fife Zoo on Sunday which resulted in the loss of a storage facility. 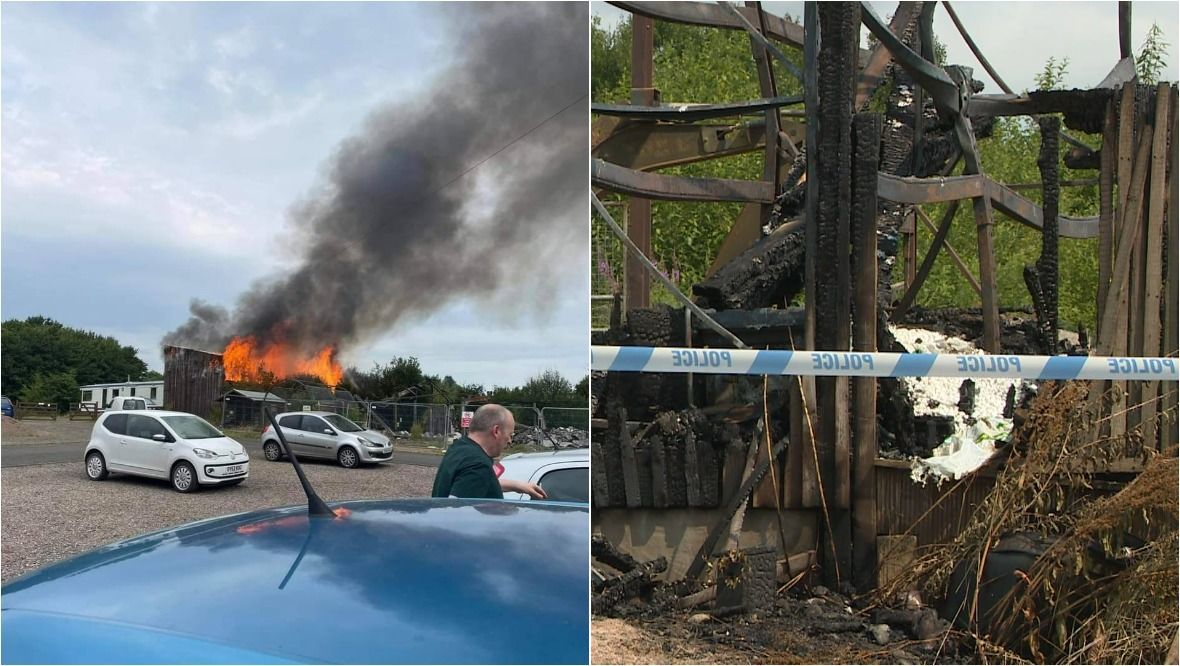 Staff at Fife Zoo have said they are in “complete shock” after a fire destroyed one of their outbuildings.

The blaze broke out at the visitor attraction on Sunday which resulted in the loss of a storage facility.

The inferno left charred remains behind at the busy site near Collessie.

At the fire’s height, around 20 firefighters battled the flames and a storage barn, vehicles and new machinery were destroyed.

Visitors and staff were evacuated from the zoo but luckily no people or animals were injured.

Fife Zoo worker Briony Taylor told STV News: “Obviously I was completely in shock, to be honest it was kind of like deja vu after having the fire last year in July.

“I could have actually dropped to the floor when I saw it – I was completely in shock.

“We’ve put so much into our site and our development and to watch parts of that burn down is very tragic.”

It is the second blaze at the zoo in a year after a fire broke out in the roof of a building last July.

The fire caused major damage and again, forced the evacuation of visitors and staff.

Bosses say they look forward to welcoming visitors back on Tuesday and an investigation into the cause of Sunday’s blaze is ongoing.