Woodyfest has opened at Hopetoun House and will run up until November 14. 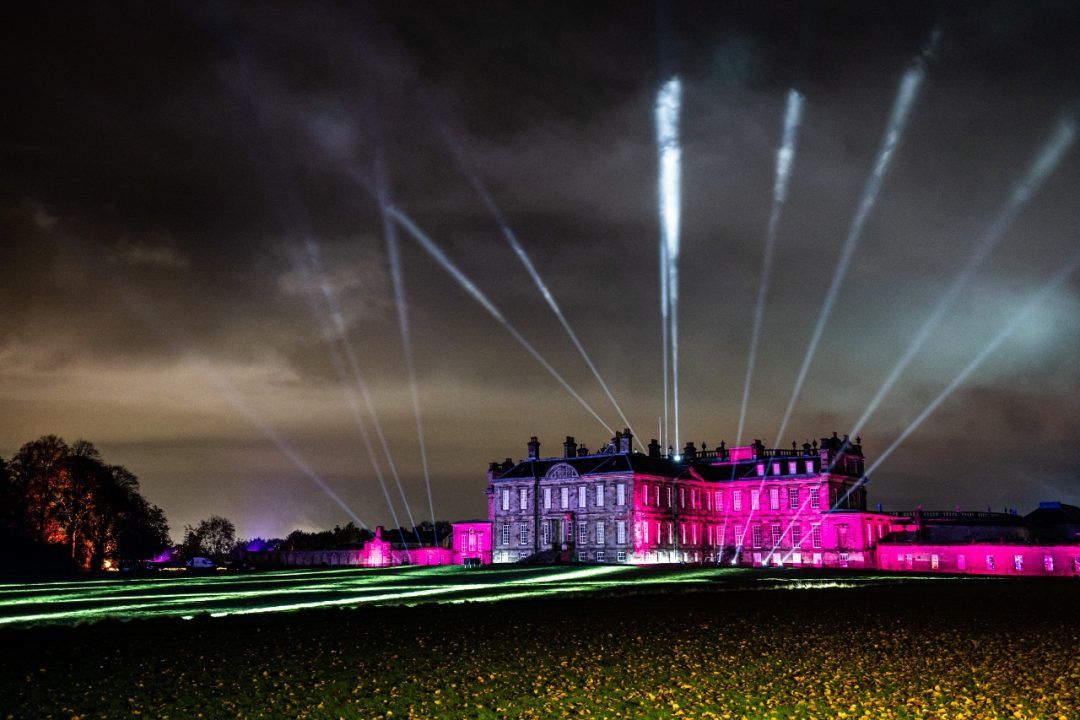 A spectacular lighting trail has transformed a forest near Edinburgh into a festival themed adventure.

Woodyfest has opened at Hopetoun House and will run up until November 14.

The event has lit up the Wondrous Woods for all ages to enjoy as they stroll through the grounds of the 300-year-old stately home.

From a giant Rubik’s Cube installation, to Loo Lane, topped off with a DJ themed projection on the magnificent house itself.

Geoff Crow, director of 21CC Group, who designed the trail said: “We have put a lot of thought into this year’s trail because we wanted to produce something that is fun and exciting, but also pays tribute to the many events and festivals that have cancelled this year and last year, which is what led us to the theme of Woodyfest.

“There is going to be some fun surprises this year. Woodyfest will have something for everyone.”

Lord Hopetoun said: “Last year’s lighting trail was innovative and magical for all of us at Hopetoun and we’re delighted to welcome back the Wondrous Woods event.

“It not only shines a light on our home and the beautiful grounds  but is a real boost for the team after a particularly challenging period. It’s been fascinating to see just what such an ambitious project can achieve and I look forward to being able to show such a unique visitor attraction.”

The Wondrous Woods run until November 14 and is one of many lighting attractions set to celebrate Halloween and the festive period over the coming weeks, including GlasGlow and Beecraigs Festive Forest in West Lothian.