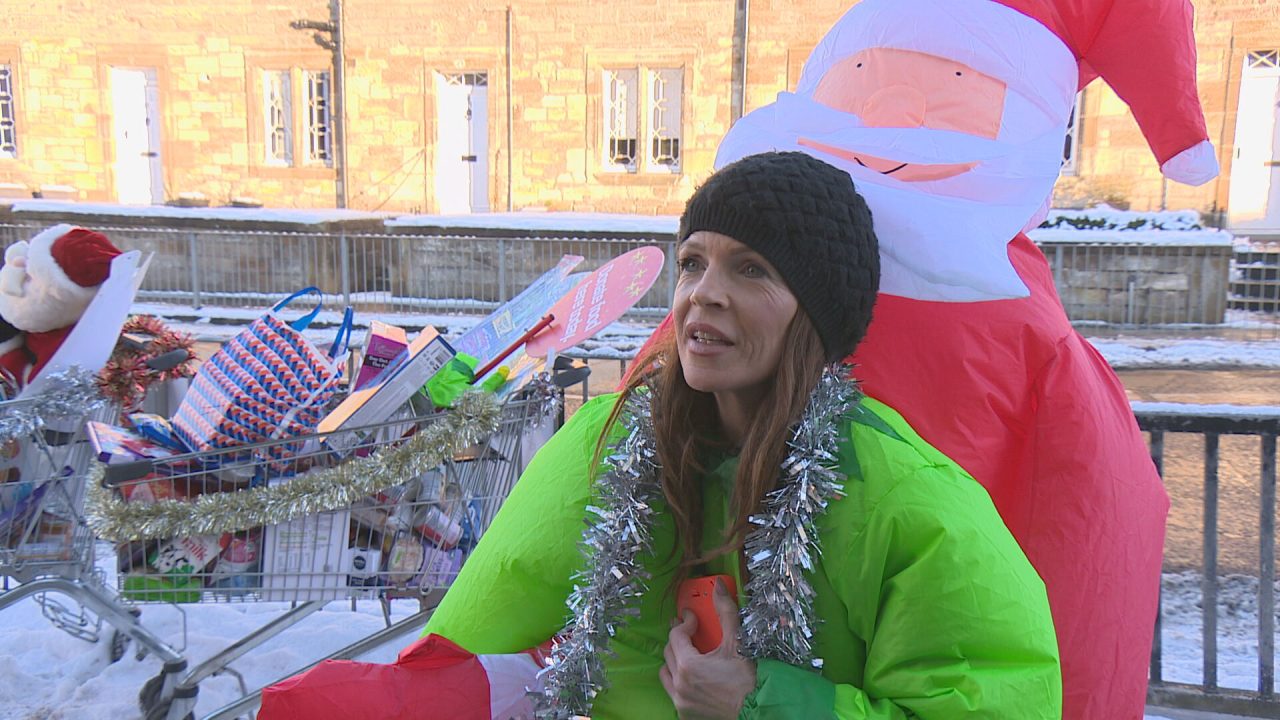 A Midlothian woman has been entertaining locals by dressing up in an elf costume and dancing in the middle of the street.

Laura Leavy works as a dance and fitness instructor and wanted to give something back to her local community after noticing how many people were struggling.

Despite freezing conditions and snow in Penicuik, Laura has spent hours outside performing on the street over the last week in a bid to encourage people to donate to their local foodbank.

Speaking to STV News, she said: “I am dancing to raise food donations for the community and any spare change they have got and acting a bit crazy just to bring a bit of cheer.

“Lots of people are walking past and saying, ‘Oh you’re crazy but that’s you Laura’, there is lots of beeping and it’s making everyone smile so that makes me even happier.”

Food Facts Friends is a foodbank and community hub working to prevent poverty and hunger across Midlothian.

Mark Wells has been managing the service since 2016 and says this Christmas is the most challenging he has ever seen.

He said: “We are seeing a lot more people coming in because of the cost of living.

“We have had some people saying that they all sleep in the one room in the living room, we have others saying they are not putting their heating on. It’s very sad to see.

“To be honest this Christmas is the hardest one that I have saw in the time I have been the manager here. We have over 300 referrals for Christmas presents.”

Laura has already raised hundreds of pounds in donations and money so far, and her performances are lifting the spirits of people using the service.

Andrew used to be homeless, and Food Facts Friends is helping him to get his life back on track.

He told STV News: “This time of year, I’m just a single bloke by myself so I can turn the heating off and just sit there with an extra jumper on.

“But you have families and folk with kids, and they have no choice, they have to put the heating on and it’s really smashing them financially.”

Sharon, who also used the service added: “It’s terrible that we have to do it, but it seems to be part of life right now because everyone is struggling.”