Woman arrested after teenager taken to hospital with serious injuries

Police seal off Market Street following a 'disturbance' in the early hours of Saturday morning. 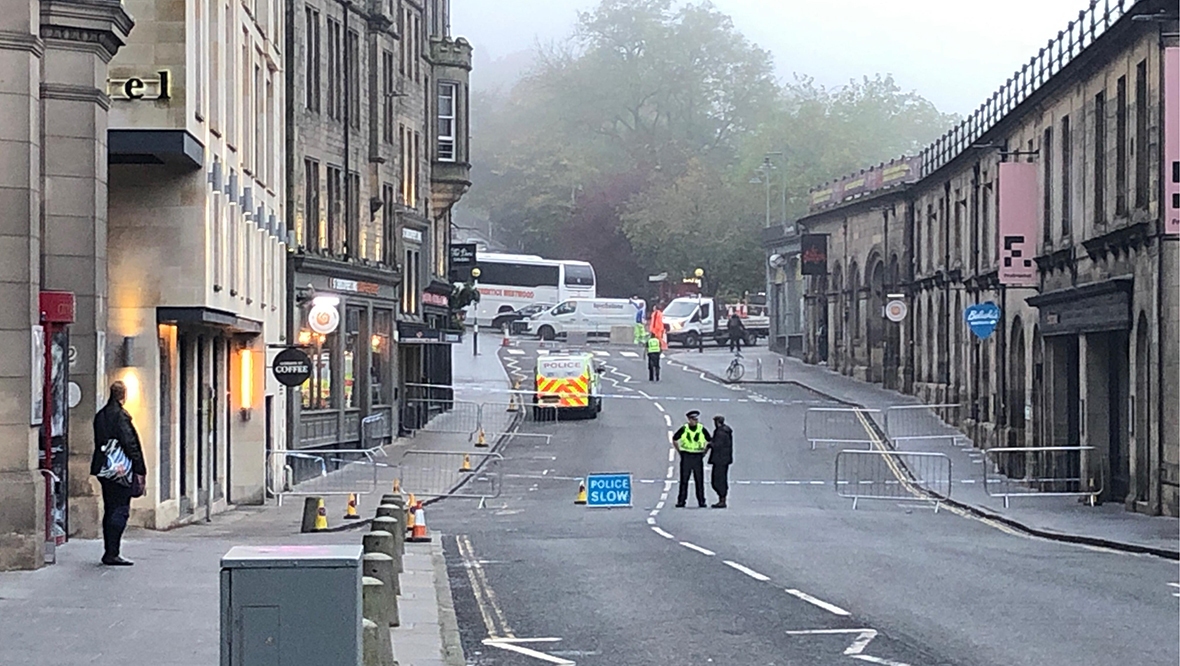 A 21-year-old woman has been arrested following a “disturbance” near Edinburgh Waverley railway station that left a teenager with serious injuries.

Police were called to Market Street in the early hours of Saturday morning, where they found an injured 18-year-old man.

He was taken to the Royal Infirmary of Edinburgh for treatment.

Market Street remained cordoned off by police on Saturday morning. Travellers are being permitted access to Waverley station but cars are being turned away at the bottom of Jeffrey Street.

A spokesperson for Police Scotland said: “Around 2am on Saturday, 22 October, 2022 officers were called to a report of a disturbance on Market Street, Edinburgh.

“Emergency services attended and an 18-year-old man was found with serious injuries. He was taken to Edinburgh Royal Infirmary.

“A 21-year-old woman has been arrested in connection with the incident and enquiries are ongoing.”