Woman and child hit by car which crashed into charity shop

Both people have been taken to hospital after being struck by the car after it mounted a pavement. 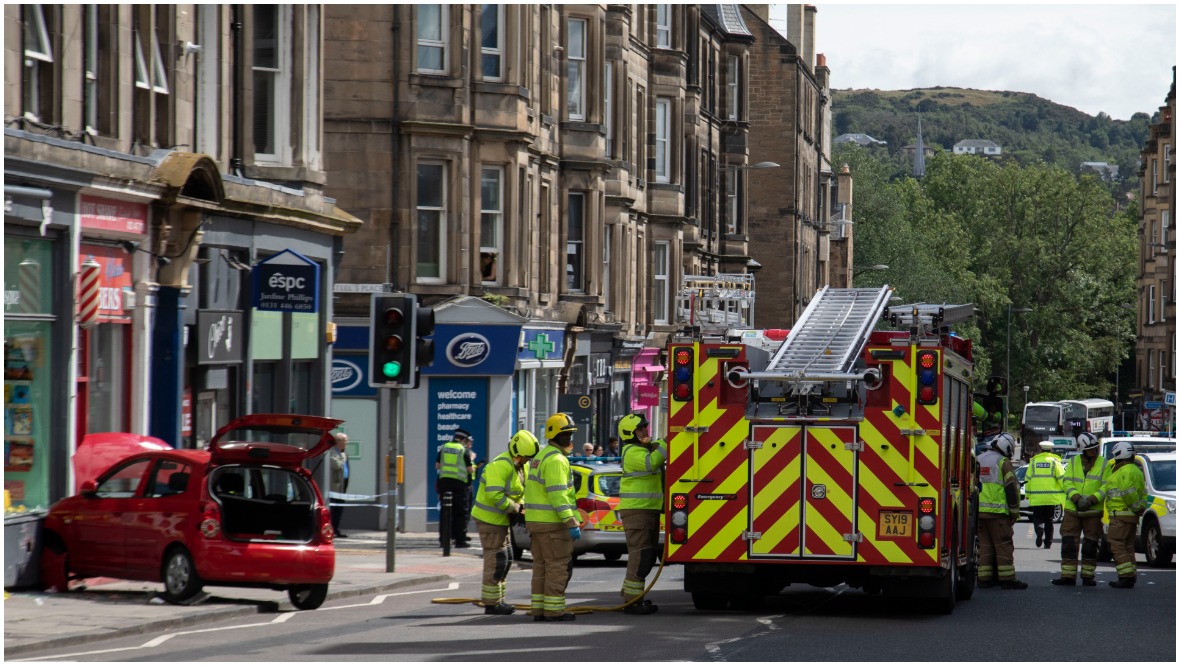 A woman and child have been struck by a car as it careered into a charity shop in Edinburgh.

The pedestrians were on Morningside Road on Tuesday afternoon when the incident took place.

A red car mounted the pavement, hitting the pair and crashing into St Columba’s Hospice shop.

Emergency services attended the scene around 2.30pm and both people were taken to hospital by ambulance.

“A woman and young child have been taken to hospital  by ambulance.

“Traffic diversions are in place and enquiries are ongoing.”