White nationalist who threatened to set fire to mosque jailed

Sam Imrie from Fife was sentenced to seven and a half years for terrorist offences on Thursday. 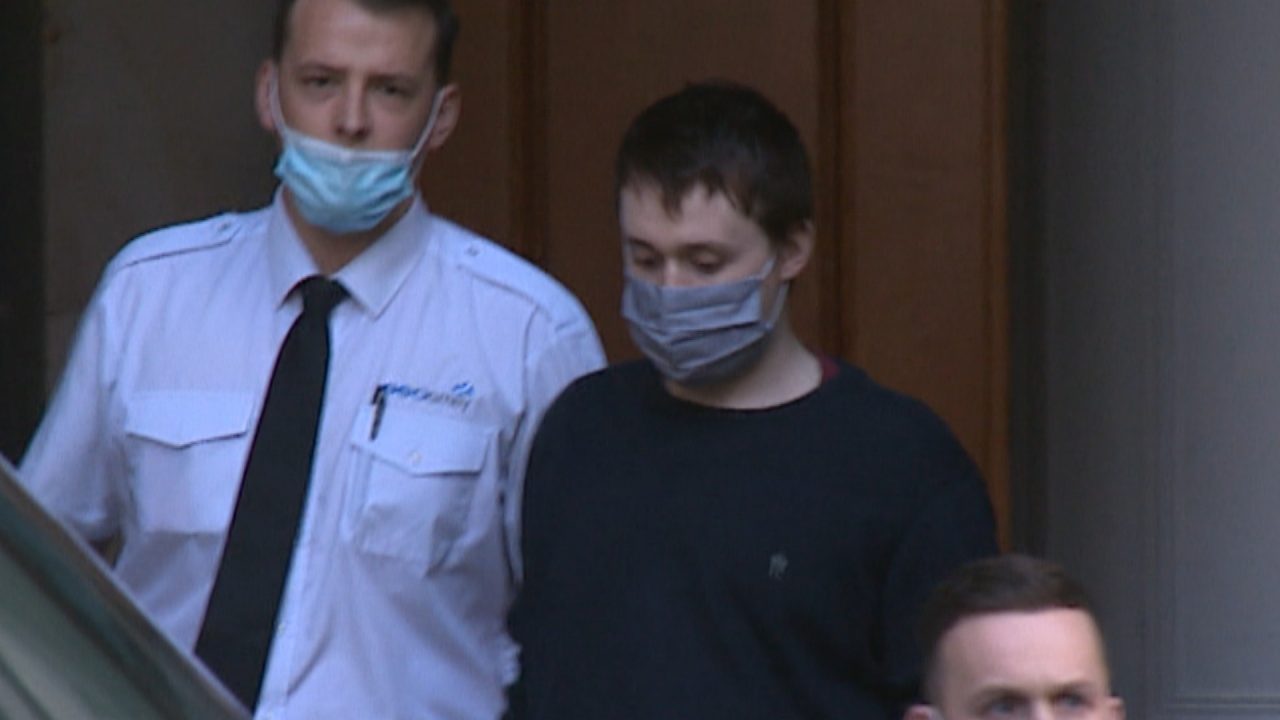 A white nationalist who idolised right-wing mass killers and hated Muslims has been jailed for a total of seven-and-a-half years for terrorist offences.

On Thursday, Sam Imrie was sentenced at the High Court in Glasgow for what a judge described as the “despicable spreading of hate”.

The 24-year-old had been arrested in July 2019 after he posted messages on social media saying he was planning to set fire to the Fife Islamic Centre in Glenrothes.

Police discovered he had been “glorifying” murderers online – including terrorist Anders Brevik, who slaughtered 77 people in Norway in 2011.

Officers also seized a terrifying arsenal of weapons at his home in Glenrothes consisting of knives, a hammer, nunchucks, an axe and a rifle scope.

Imrie was convicted of two charges of breaching the terrorism act, wilful fire raising, possessing child and “extreme” pornography and drink-driving following a trial in Edinburgh in October.

Lord Mulholland told him: “You posted in a neo-Nazi chatroom your hatred of Muslims, Jews, black people and refugees.

“You revered neo-Nazis and white supremacists. You lauded their crimes against innocent people.

“You were spreading hate and encouraging others to take terrorist action that you pretended you had.

“Your conduct was despicable. You have no understanding or self-awareness of the hate that you sought to spread.

“Many Muslims died fighting for the alliance in World War Two for the freedoms that you enjoyed.

“You should use your time in prison to reflect on your conduct and remove the hatred from your heart.”

Imrie showed no emotion as he was led back to the cells, other than to wave to his mother in the public benches.

Jurors heard how Imrie was a loner and had developed Post-Traumatic Stress Disorder after being assaulted when he was younger.

He became “steeped” in right-wing ideology and started to “hate” Muslims after looking at extremist content on websites such as 8Chan and messaging app Telegram.

Imrie posted online: “All my heroes are mass murderers.”

As well as idolising Brevik, Imrie was also fascinated with Brenton Tarrant, who killed Muslims praying at mosques in Christchurch, New Zealand in March 2019.

Imrie was said to have wanted Scotland’s First Minister Nicola Sturgeon “to die” because of her attitudes to immigration.

His arrest came after the Metropolitan Police in London infiltrated the “FashWave Artists” group on Telegram, on which Imrie posted messages, images, videos and gifs.

He had posted a series of messages claiming he was going to “burn down” a mosque and live stream it.

The Met contacted Police Scotland and Imrie was held in early July 2019.

The trial heard he went to the Islamic Centre in Glenrothes, but did not do anything.

Imrie instead went to dilapidated Strathmore Lodge, in Thornton, Fife, and set fire to a doorway.

He filmed it and claimed to the group it was a mosque or Islamic centre.

Jurors heard he ended up being “ridiculed” by the online audience.

Imrie had denied the crimes. It was claimed his comments were a joke and that he was not serious about torching a mosque.

But, he was convicted of a terrorism charge of making statements on Telegram and Facebook which encouraged acts of terrorism.

A second charge stated Imrie made a “record of information” which would be useful to somebody who was committing acts of terrorism.

He was acquitted of a terrorism charge which stated that he engaged in conduct in “preparation” of terrorism acts.

Police also confiscated a USB stick from Imrie. The images contained “extreme” pornographic images, which he was further convicted of.

Jim Keegan QC, defending, said: “He wrote to his mother to apologise for his behaviour.

“He gave evidence during the trial…he accepts his behaviour was inappropriate, stupid, vile.”

Imrie was also put on the sex offenders list for ten years.

He was also given a five-year serious crime prevention order designed to tackle and monitor criminals when they are freed.