Part of the Scottish Borders joins mid and north Fife in the water scarcity warning, with low rainfall set to continue. 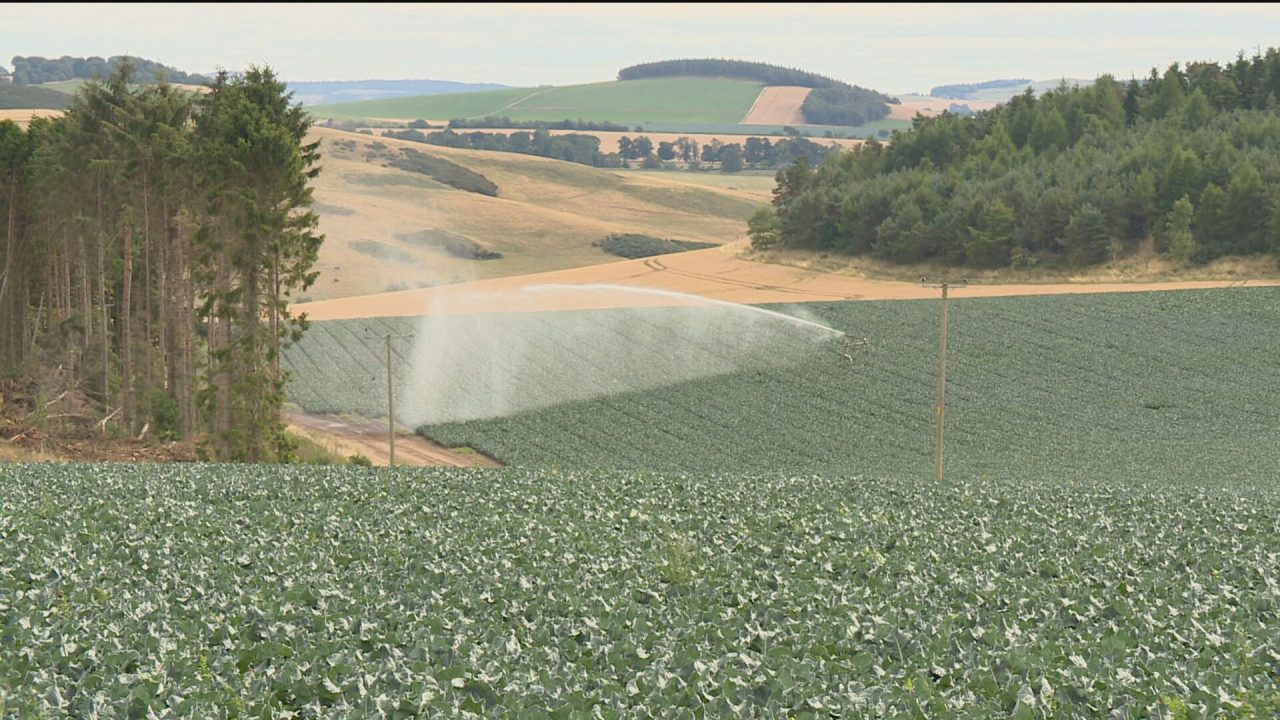 Water abstractions in mid and north Fife have been suspended as river and groundwater levels in eastern Scotland reach a “critical” point, a regulator has said.

The Scottish Environmental Protection Agency (SEPA) suspended the majority of licences in the River Eden catchment to protect the sustainability of local water environments.

Part of the Scottish Borders joins mid and north Fife in the water scarcity warning, with the environment showing signs of stress and prolonged below average rainfall set to continue.

SEPA said it was engaging directly with affected businesses, advising suspensions would be lifted as soon as possible.

It added that water environment in the River Eden catchment reached “significant” scarcity last week, the highest category for water scarcity defined by the agency – and said it was getting worse with hot and dry weather continuing.

Farmers in Fife recently told STV News that a ban on watering crops could be “catastrophic,” with a co-operative of 15 growers warning that if a ban was imposed the group could lose £1m a week.

The Tweed catchment in the Borders is understood to be in a similar situation and has also now reached “significant” scarcity in the latest report.

The temporary suspension on water abstraction licences is in place from midnight on Saturday for the vast majority of farmers in the River Eden catchment to allow levels to recover, with similar rules believed to be coming to the Tweed catchment area next week.

David Harley, interim chief officer circular economy for SEPA, said: “Having to impose suspensions on water abstractions underlines the severity of the conditions being experienced in the east of Scotland this summer. It is not a step we take lightly, but the evidence is clear, and it is one we can no longer avoid.

“We’re working closely with Scottish farmers to ensure the sustainability of local water environments for all who rely on them. Without action, there is a substantial risk of impacts on fish populations, natural habitats and longer-term damage to watercourses.

“With climate change leading to water scarcity becoming a more regular occurrence, we are also working to help businesses plan longer-term for these conditions. We remain in continuous dialogue with sectors reliant on water and work with them all year round on ways to become more resilient, protecting the environment as well as their own operations.”