Warning over beach fires after child burned by leftover embers 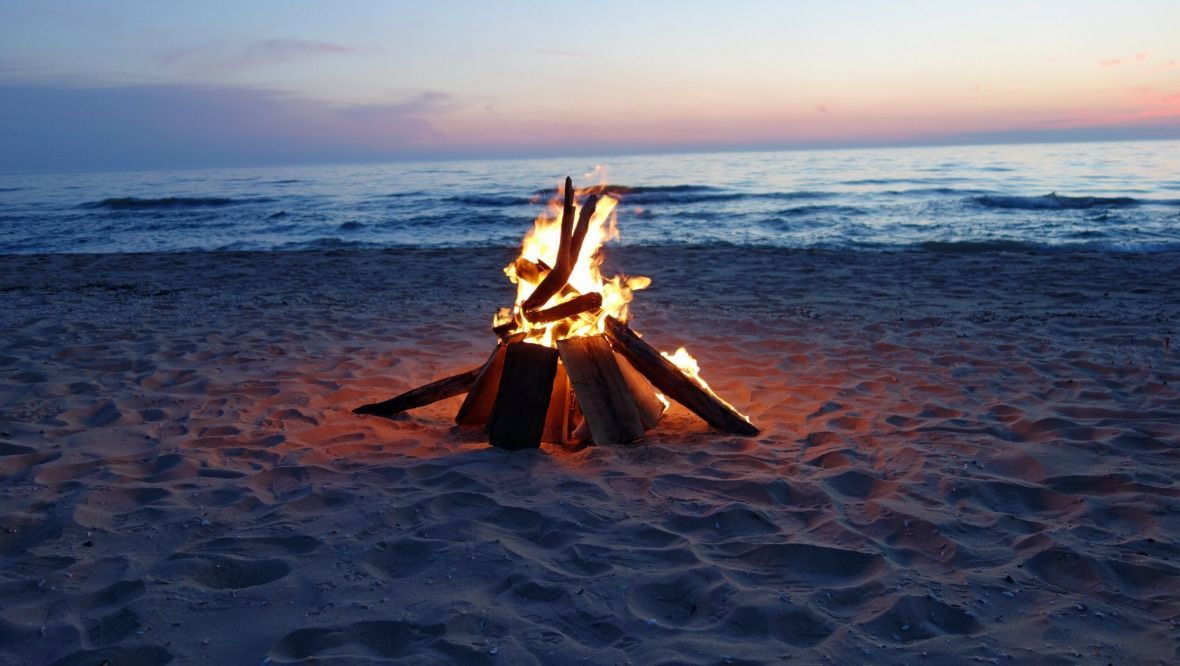 Footage of rangers putting out a beach fire hours after it had been ‘buried’ in sand by revellers has been released in a bid to warn people of the dangers.

The video shows the extreme heat remaining in the embers hours after the fire was left as it turns a bucket of fresh water into billows of steam as it is poured over it.

East Lothian’s Countryside Rangers released the video to warn beachgoers just weeks after a small child was burned at Yellowcraig while playing in sand which had been used to cover a fire.

The four-year-old suffered hand injuries after his unsuspecting family stopped to have a picnic on the sand, unaware the embers were underneath them.

Following the incident, the rangers took the footage of another open fire they came across the morning after revellers had been at the beach until 3am partying.

As they left they covered the fire in sand, not realising the embers would continue to burn.

The heat, trapped by the sand, was so intense that glass beer bottles left in the buried fire by the partygoers exploded when they were removed by the rangers.

The video captures a second bucket of water being poured on the remains of the fire, causing the ground to hiss and crackle as steam and smoke billow into the air.

The rangers shared the video on their social media, saying: “We are continuing to find fires that have been left smouldering. This video shows the vast amount of heat left in an unattended fire.

“Open fires and barbecues can cause potential problems and damage to people, wildlife and the environment if not tended to properly.

“The Scottish Outdoor Access Code states that wherever possible you must use a stove rather than light an open fire. If you do have a fire, you must do so responsibly.”

Among advice for fires on the beach is to extinguish them fully with water, not sand, and remove all traces before leaving the site.

A council spokesperson said: “Our rangers attended all of our countryside sites speaking to campers and visitors and offered a range of advice including on extinguishing fires and BBQs properly and water safety at the weekend.

“We ask that people continue to treat our countryside sites and the facilities with respect so that they can be enjoyed by all our visitors.”