Properties were wrecked after the River Almond burst its banks just before the new year. 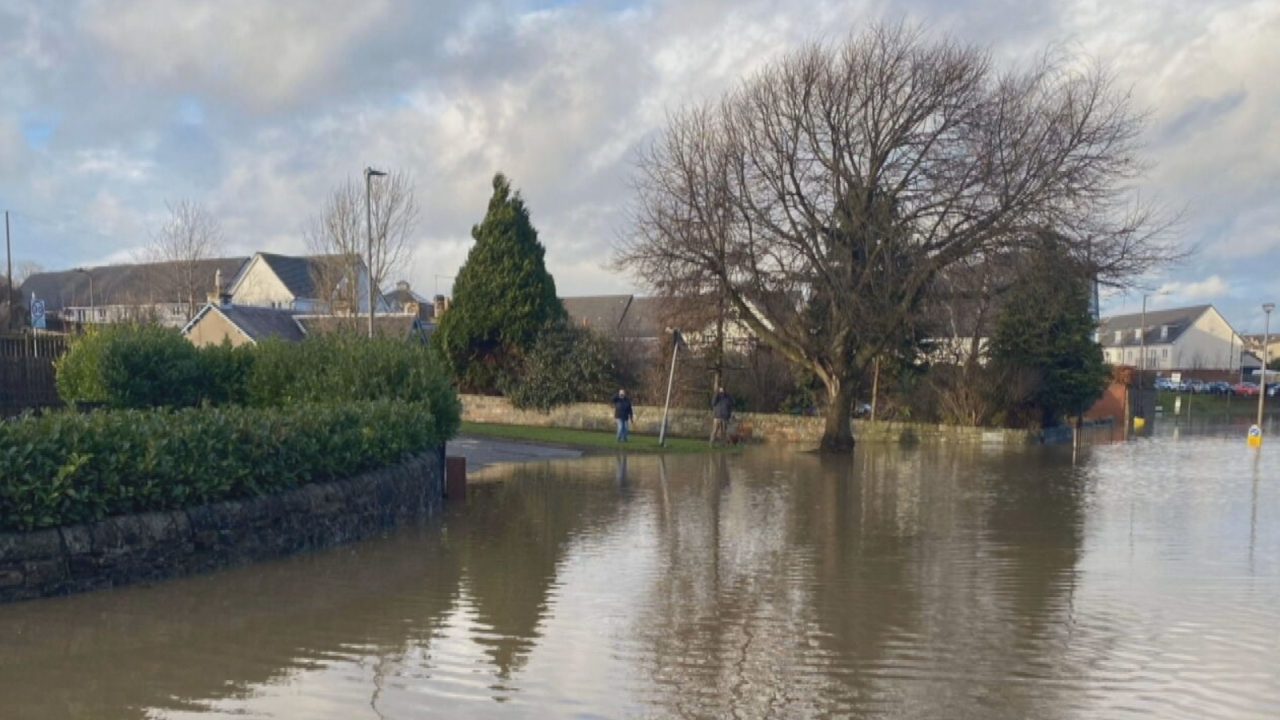 Villagers have made a plea for help after homes and businesses were seriously damaged by flooding.

People in Kirkliston, on the outskirts of Edinburgh, were left trapped in their homes when the River Almond burst its banks.

Three out of the four main routes in and out of the village were blocked by water, causing access problems for emergency services.

A scout hall and Kirkliston Orchard Nursery were among the properties badly damaged during the flooding just before new year.

Nursery owner Vicky Coia managed to close her flood gates and put down sandbags, but water still gushed into the building.

She said: “I just burst into tears, I knew there was nothing I could do.

“Devastation is the word. My neighbour was talking about his photos floating in water. Something needs to be done.”

Kirkliston resident John Dickson’s two cars were written off within 15 minutes of the flooding, while water cascaded into the entire bottom floor of his home.

He said: “When it comes in that fast, one minute I’m moving the cars because the water is filling in the bottom of the garden, and the next minute it’s coming round the house and filling up to the front door.

“There was a guy in waders giving us a hand. He had to carry some kids out of a car who got stuck. It’s just crazy, it’s not safe.”

He said: “The damage we saw at the nursery, scout hut and local homes was heartbreaking, and it’s clear big action is going to be needed if we are going to try stopping serious flooding in the future.”

Edinburgh Council said flood prevention measures had been installed, and that it would seek funding for new schemes.

Environment convener councillor Scott Arthur said: “I deeply regret the damage to residents’ homes and businesses in Kirkliston following the heavy rain on December 30, and the more significant emotional impact this would have come with.

“I understand, however, the council has invested in the area’s flood defences in recent years. In 2011, level sensors were installed to measure and monitor water levels, and last year, flood gates were installed at residents’ homes.

“The type of large-scale flood protection scheme needed to protect these homes is funded by the Scottish Government.

“I will continue to ask that the Scottish Government allocates more funding to this.”