Two injured after Army truck crashes and overturns on roundabout

The military HGV crashed on the A9 at Keir Roundabout near Dunblane. 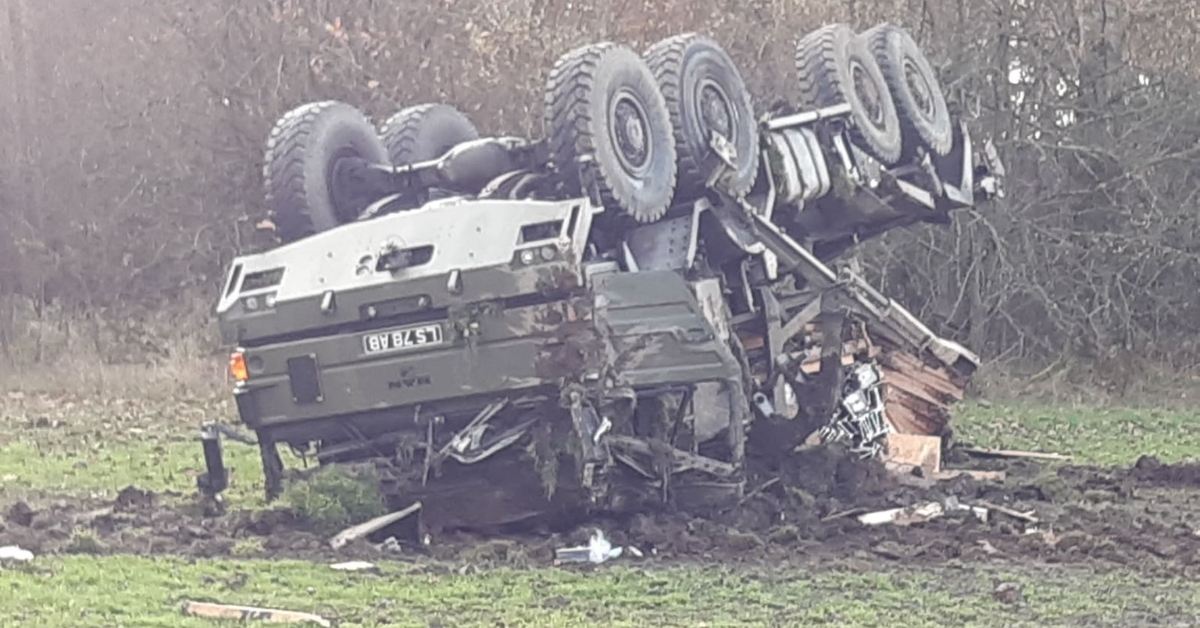 Two men are in hospital after a serious crash involving a military truck near Dunblane.

Emergency services responded to the incident on the A9 at Keir Roundabout north of Stirling shortly after 9.45am.

A 33-year-old man and a 21-year-old man, who were inside the Army HGV, sustained serious but non-life threatening injuries.

Firefighters handed the two casualties into the care of the ambulance service and they were taken to Forth Valley Royal Hospital.

Police have appealed for witnesses or anyone that may have captured dashcam footage to come forward.

Traffic began building up after the lorry overturned with the road closed southbound – one lane has since reopened.

A Ministry of Defence spokesperson said it was aware of an incident involving a military vehicle on the A9.

Sergeant John Lang, of the Road Policing Unit in Stirling, said: “We are carrying out enquiries to establish the full circumstances which led to this incident.

“We would urge anyone who witnessed the incident or saw the vehicle prior to the crash to come forward if you haven’t already spoken to an officer.

“We would also be keen to speak to anyone who may have dashcam footage.

A Scottish Fire and Rescue Service spokesperson said: “We were alerted at 9.50am on Tuesday, November 23, to reports of a RTC involving an Army HGV at the Keir roundabout on the A9.

“Operations control immediately mobilised four appliances and a heavy rescue unit. Two casualties were handed over to the care of the Scottish Ambulance Service and crews left the scene after ensuring the area was made safe.”

A Scottish Ambulance Service spokesperson said: “We received a call at 9.45am to attend a road traffic collision on the M9 at the Keir Roundabout, Stirling, after a military lorry overturned.

“We dispatched two ambulance crews, a rapid response vehicle and air ambulance, and two patients were transported by road to Forth Valley Royal Hospital.”

A Police Scotland spokesperson said: “We were made aware of a crash involving a single vehicle on the A9 near Keir Roundabout shortly after 9.45am on Tuesday, November 23.

“Emergency services are currently at the scene and the road is closed southbound, with a diversion in place through Dunblane.”