Mark Pryde, who lives in the village of Roslin, spotted the natural marvel around 3.15pm on Tuesday. 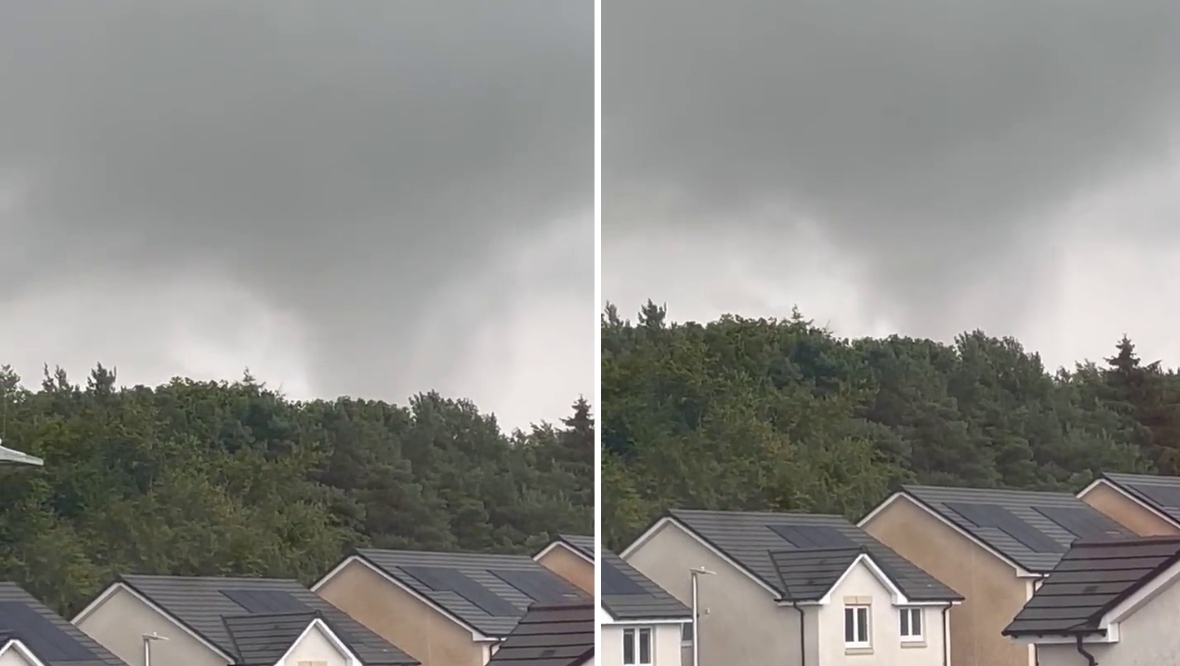 A tornado was spotted ripping through fields in Midlothian as a weather warning for thunderstorms was issued for parts of the country.

Mark Pryde, a resident of the village of Roslin, spotted the natural marvel at around 3.15pm on Tuesday.

“It went dark very quickly at about 3.10pm, then a bit of thunder and very heavy rain,” he told STV News.

“About ten minutes later the rain stopped and the clouds started to drop really low and wispy – that’s when I started recording.”

He estimated the tornado tore through cow fields between Roslin and Loanhead at Linghill Farm, with heavy rain and “bits of thunder” all over the area.

A yellow weather warning was put into place earlier on Tuesday for large areas of the country, with stormy weather set to batter Scotland through the night.

Forecasters predicted up to 60mm of rain could fall within a matter of hours in affected areas while flood alerts are also in place.

Thunderstorms are expected to rumble over the country until at least 11pm on Tuesday, with low pressure set to dominate weather systems for the remainder of the week.

It could lead to further volatile conditions heading into the weekend.