The Sick Kids in Edinburgh is ensuring youngsters living with cancer do not miss out on their education. 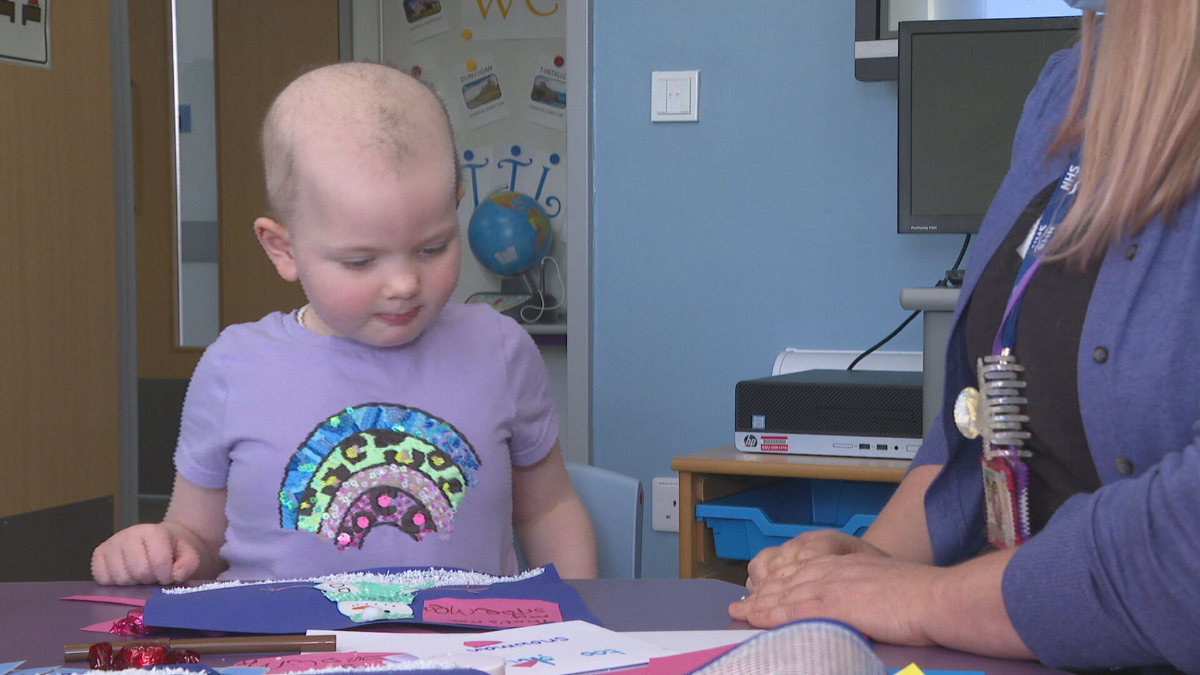 For children living with cancer, the thought of missing out on school can be difficult for them and their families.

But patients at the Royal Hospital for Children and Young People in Edinburgh are able to continue with their classes – thanks to the in-house school there.

Five-year-old Erin Marshall from Newport in Fife was diagnosed with leukaemia in December 2019.

Her mum Catrina Kerr said she and Erin’s dad were concerned about the impact that the next stage of Erin’s treatment would have on her education.

However, they discovered that the hospital Erin attends as a patient at Little France in Edinburgh actually has a school on site.

Catrina said: “Obviously as well as trying to get Erin well again we were worried about her education.

“Then we came here and her dad and I were discussing that we’d have to teach her ourselves – and we don’t know what we’re doing.

“The school is absolutely fantastic and it’s also a distraction for Erin when she’s feeling really poorly – either having different people at the bedside or in her room or, if she’s well enough, up here in the classroom -and she engages so well with it.”

Erin started receiving treatment but relapsed a few months later and managed only three days of primary one in a mainstream school.

But she is now enjoying her start with teachers on the campus.

“I love doing the numbers and art,” she said.

Erin will soon be transferred to Glasgow and will receive a bone marrow transplant.

The headteacher of the school within Little France, Evonne O’Doherty, said it was important to make those receiving care to “feel a sense of normality”.

“We continue to allow people to grow in whatever capacity they can,” she said.

“We do have learners who we often see who are in palliative care – and for a lot of them it’s so important to have that sense of normality as it gives them the sense that they are a whole person and that their life, wherever they’re at in that journey, is important”.