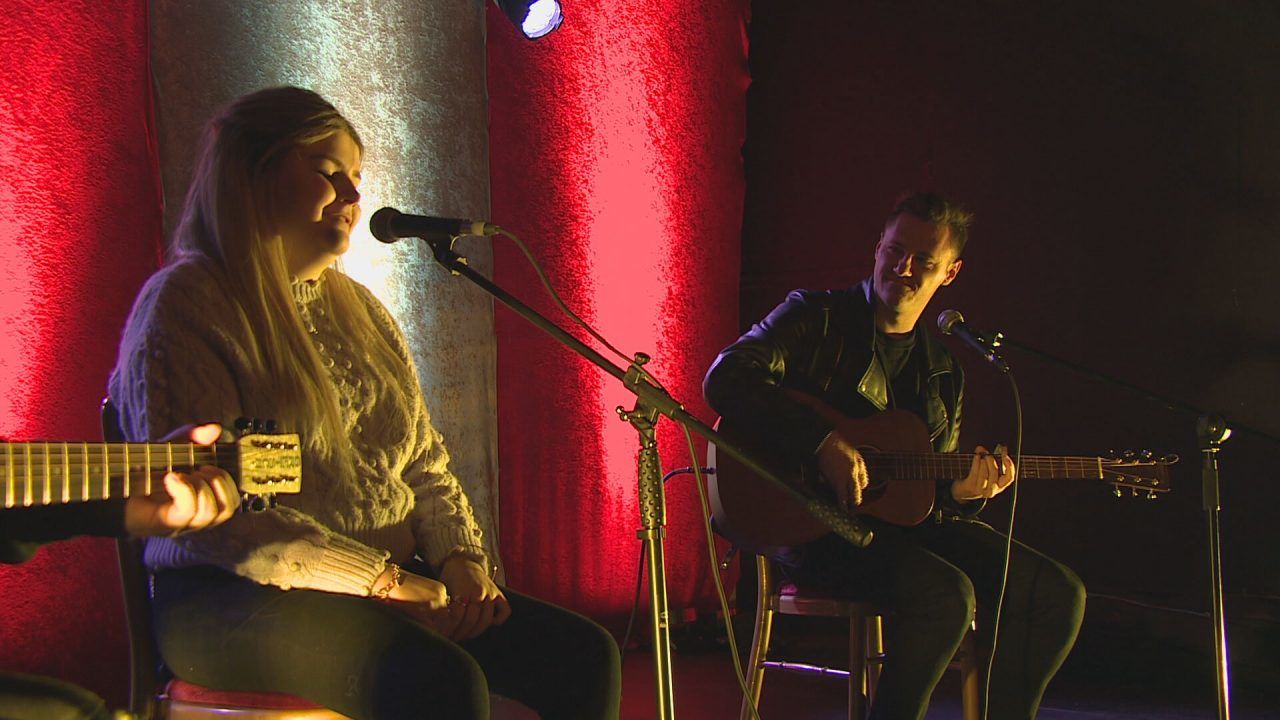 A Fife teenager has landed a spot on the Official Top 40 with her debut single ‘I’m Going Through Hell’.

Paige Dougall, 17, who has stage four cancer recorded the track with pop superstar Ella Henderson. It entered the charts at Number 30 – despite fierce competition from Ed Sheeran, Billie Eilish and Little Mix.

“It hasn’t even sunk in yet” she told STV News.

“I’ve been watching all the numbers and it going up and up and up. I’ve got so much feed back and everyone is messaging me – I’ve had so many people message me that I haven’t even managed to reply to them all yet!”

Proceeds from sales of the record are being donated to Scottish charities that support children with cancer.

The music video for the single was filmed by Paige on her ward at the Sick Kids hospital in Edinburgh.

“My taxi driver asked for an autograph and I’ve had the woman who helps with the luggage ask for a photo too” she said.

“It’s really weird getting recognised around here but it’s been fun”.

“I’ve had a message from Ella [Henderson] too which was just lovely. Everything that is going on is just so surreal. I think it will take a while to sink in!”.

Paige, who was diagnosed with Ewings Sarcoma two years ago also scored a top five spot on the iTunes chart.