Arsenii Opryshko, who has a national ranking in Ukraine, has been acing his game since arriving in Scotland. 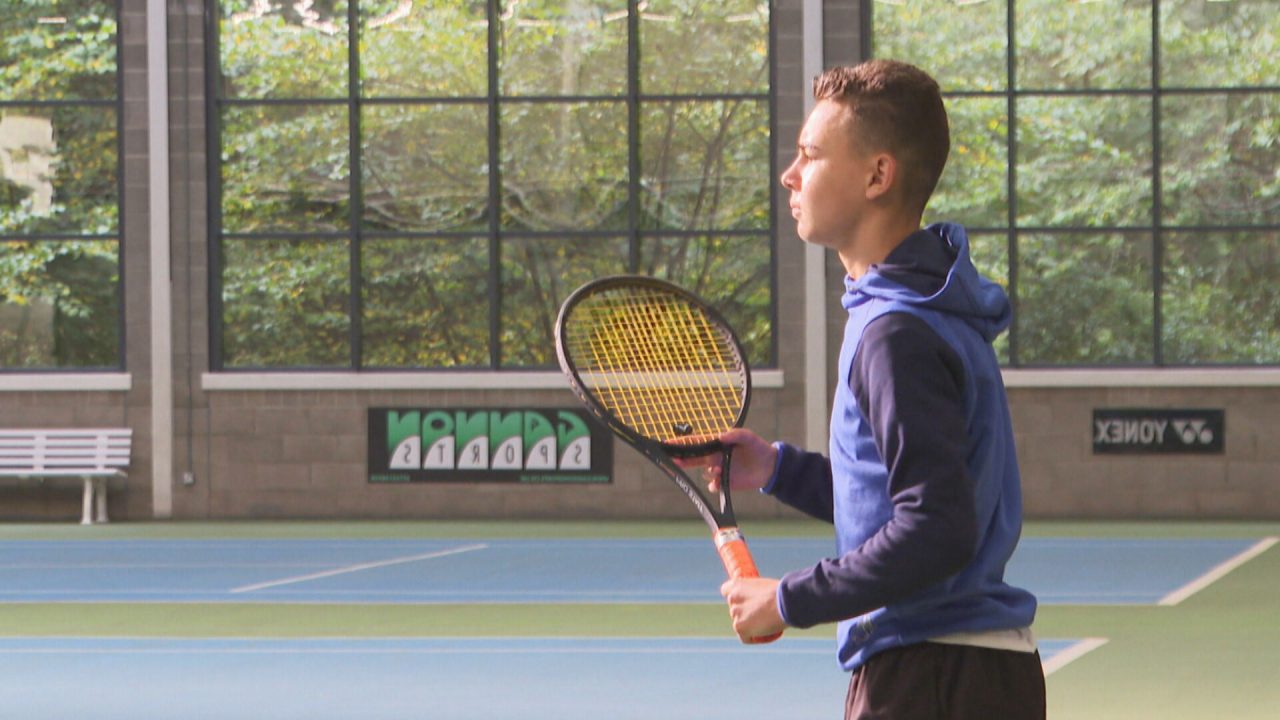 A teenage Ukrainian refugee is turning heads in the tennis world after winning a prestigious tournament in Scotland.

Thirteen-year-old Arsenii Opryshko, who has a national ranking in his home country, recently came first in a LTA Scotland under 16s event.

Russia’s invasion in Ukraine meant he and his parents Vadym and Olga had to leave their old lives behind and embark on a turbulent journey to safety.

The family were taken in by Mark McCool and his partner at their home in Edinburgh in July.

Mark told STV News: “My partner and I, along with so many other members of the local and tennis communities, have welcomed this displaced family into our hearts.

“It wasn’t a decision to give a family a new economic life. It was a decision that we were going to do as much as we could do to give them a life.

“We now have dinner round the table, when we used to eat in front of the TV. We go for walks with the dog as a family.

Jokingly, he added: “I’ve even converted Vadym from vodka to whisky!”

In February, the Opryshkos left Ukraine to go on their first holiday in three years to Egypt, not knowing that Russia would invade that same week.

After the skies around their country were closed to all air traffic, the family were stranded in a hotel with three suitcases full of summer clothes, sandals and flip flops.

Their circumstances were very quickly recognised by other guests in the hotel, all of whom clubbed together and funded one of the German families to take them home with them.

However, their time in Germany was shortlived. As the family had travelled to Germany from Egypt, a country seen by the German government as a safe country, it refused to identify them as refugees and their visa application was rejected.

Arsenii’s dad Vadym then discovered the Scottish Government’s Super Sponsor scheme, through which the family were connected with Mark, who offered to host them.

They have been settling into Scottish life well in the months since their arrival.

Vadym said: “It really is a family. We have dinners together, sometimes Mark cooking, sometimes Olga cooking – it’s a miracle.

“I’m so happy that Arsenii is here in a safe place and he doesn’t hear the bombs – and Olga is here, we are all here and can support each other.

“We’ve met so many amazing people, kind and gentle people. I’m so happy to be here.”

Arsenii, who described his new life as a “dream”, has been acing his game with coaching sessions at the local leisure centre, where he has also made many friends.

Edinburgh Leisure is offering displaced people access to their facilities free of charge.

Tennis coach Michael Millar said: “I think it’s really important we do what we can to support Arsenii.

“It also shows the other players within the programmes they need to value what they have here. Arsenii is definitely above average for his age and hopefully that continues along this pathway.”