'I beat drugs to become a dad, an author and help others'

Aidan Martin opened up about his experiences and visited charities helping others from similar backgrounds. 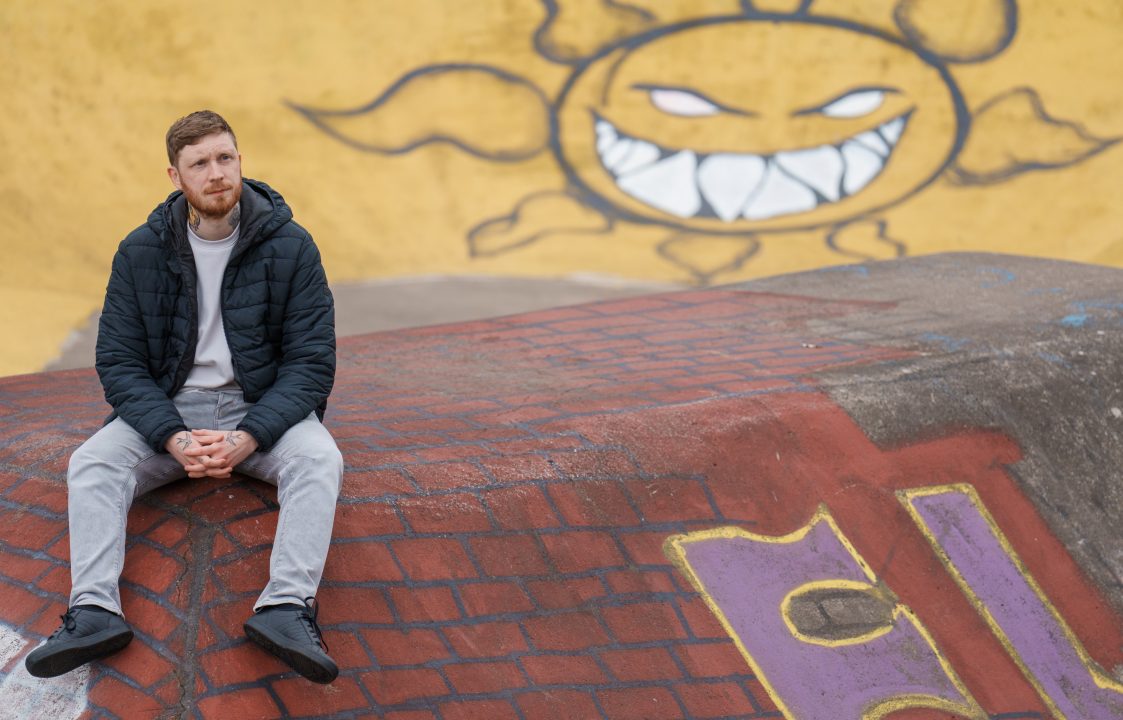 Aidan Martin grew up in a housing scheme in Ladywell, Livingston, one of the most deprived areas in Scotland.

The 36-year-old’s life has been characterised by loss; his father left his family and went to prison, his brother DJ died of cancer aged 14 and he spent years in a cycle of substance abuse which began in high school.

Aidan opened up about his experiences and visited charities helping others from similar backgrounds as part of new STV documentary Scotland’s Stories: Let’s Talk About Trauma.

He said: “So many experiences left me scared. I was using and abusing substances as a natural pathway, going through terrible things at such a young age.

“Substances were a game changer – first, it was alcohol, which took away my fear and anxiety, the lack of self-worth and self-esteem I didn’t know I didn’t have.

“We were all doing it, so it was normalised.”

When Aidan learned he was to become a dad, he had relapsed and was sleeping on a mattress on a friend’s living room floor.

He knew he had to give his baby a better life than he had, so he attended his local recovery group.

“I had the gift of desperation,” he added. “I wanted to be a good dad, get off the mattress, finish college and stop using.

“When I went in they said ‘welcome home’. I’ve never used a drug since.”

Today, Aidan is a father of three, a published author and public speaker. He graduated from West Lothian College in 2014 and has since gained a Masters in social work from Glasgow Caledonian University.

In 2020, he released his memoir Euphoric Recall, which discusses issues such as addiction, abuse, violence and mental health.

He also carries out advocacy work for disadvantaged people.

Aidan said: “Hospitals and prisons have many people paying the price for early trauma in their lives.

“Violence and substance abuse, neglect, family breakdown and bereavement can affect the quality and length of a person’s life.

“I was broken and suicidal before I got the help I needed. People need help long before they reach breaking point.

“I never set out to be an activist but I have a responsibility to use my voice. We need to get families the support they need when they need it.

“It’s never too late to turn things around.”

The documentary will be shown as part of the STV Children’s Appeal, which features an action-packed line-up on Friday night.

Hosted by Lorraine Kelly and Sanjeev Kohli, the programme will include an exclusive musical performance from Nina Nesbitt, and actor Martin Compston will show off his football prowess.

The show will also see STV meteorologist Sean Batty and Laura Boyd take on a tuktuk challenge, travelling from Oban to Dundee in the tiny vehicle.

Scotland’s Stories: Let’s Talk About Trauma is on STV and the STV Player at 7pm on Friday, November 4 as part of the STV Children’s Appeal 2022.