Nicola Sturgeon said football clubs had a 'responsibility to make sure players are positive role models'. 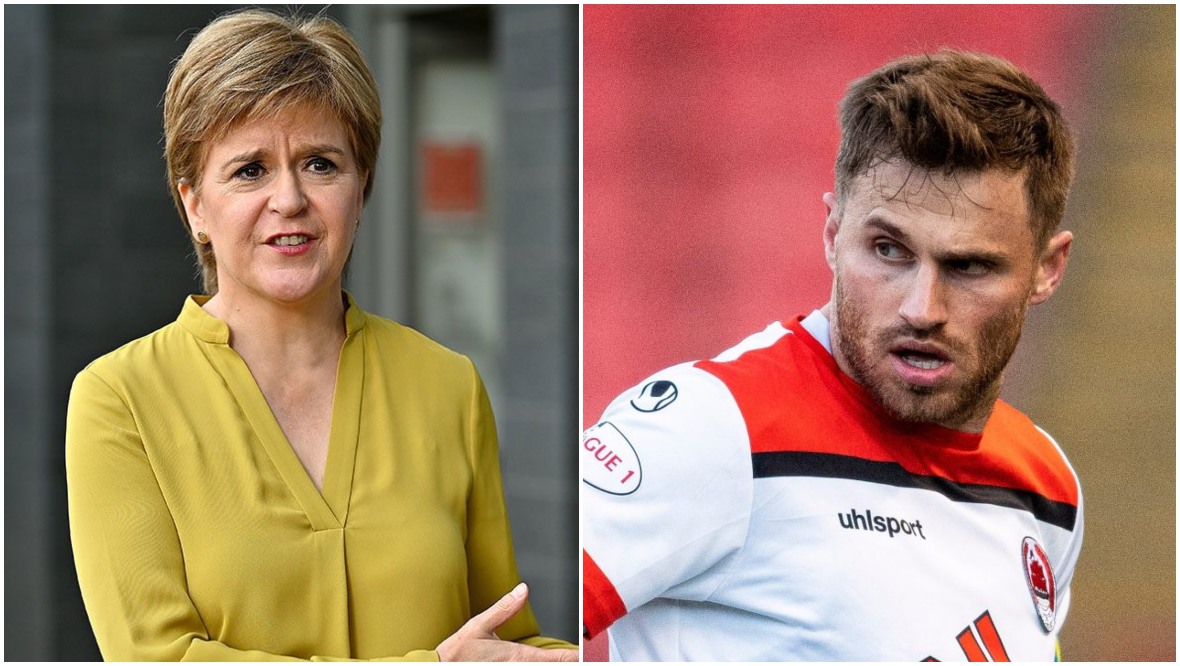 The First Minister has urged Raith Rovers to reconsider their decision to sign David Goodwillie, after the footballer was ruled a rapist following a civil court case.

The arrival of the striker caused a furious backlash on Tuesday, prompting board members to quit, sponsors to withdraw their backing and the departure of the women’s team captain.

Bestselling crime writer Val McDermid, who has ended her financial backing of the Championship side, branded the decision to sign the striker “disgusting and despicable”.

Goodwillie was branded a rapist by a judge and ordered to pay a woman £100,000 damages following a civil court case in 2017.

In a statement on Tuesday night, Raith said the signing had been a “football-related decision” and that the club was aiming to “rebuild trust” with its community.

She said: “I think the statement Raith Rovers issued last night actually compounded the problem rather than made it any better.

“I’m paraphrasing the statement but what they effectively seemed to be saying is that it didn’t matter how a man had behaved towards a woman, the only thing that mattered to them was whether he could score goals for the football club.

“That really illustrates the distance we’ve still got to go as a society if our rhetoric about zero tolerance of sexual violence against women is to be a reality.

“Football players are role models and football clubs have a responsibility to make sure they are positive role models for the wee boys and the wee girls who look up to them.

“This is a player who was found in a civil court, albiet on the balance of probablities, to have raped a woman and as far as I’m aware, hasn’t shown any remorse or reflection for that and I think Raith Rovers really do have to reflect on the message that sends.”

He tweeted: “For all the fans that have a negative opinion about David G, I would like to say that he is a great guy, he helped me a lot while at Clyde, he is a terrific striker that will help the club massively.

“He made a few mistakes when he was a young boy, but in my opinion we all made mistakes.”