The festival in Elie, Fife, would usually take place during the May Day holiday. 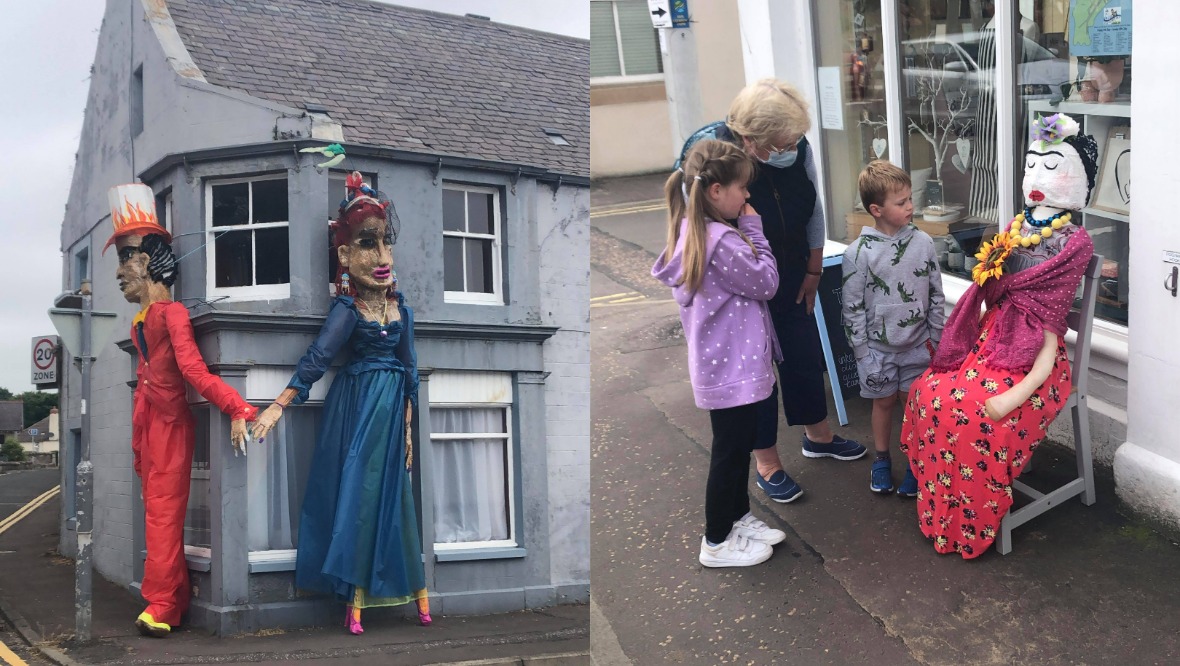 Some scarecrows are short and round, others are tall and slim, and others, would you believe, even ride bikes.

This is the scarecrow festival in Elie, Fife, where there’s already a whole host of quirky mannequins on display and more expected to pop up in the coming days.

The town has been bustling with staycationers this summer, many describing the event as “a way to brighten the town further” and “great for the grandkids”.

It all started when one Elie resident saw a similar festival in Northern France and decided it would also be a good way to bring visitors to the town.

Now in its eighth year, the event has grown year-on-year with more than 25 scarecrows dotted around the area.

It would usually take place during the May Day holiday but was moved to July as Covid restrictions continue to ease.

Shop owner Shona Elizabeth Jones has been helping to organise the festival.

She said: “We can’t have an Elie fayre this year because of Covid regulations so we thought why not do the Scarecrows in July.

“It’s extremely important. All the businesses have been hit like most by Covid, but the good news is it’s dry, it’s July and people are happy to be out and about.”

Some are named after the shops they’re in front of – or if you pop into the back garden at Earlsferry House Care Home – their statues are modelled after golfing icons.

Caroline Syme works at the home and has been helping the residents to design the scarecrows.

She said: “Two years ago we got a second place, so yes it would be nice to come in first this time.

“It has been hard for the residents over the last 12 to 18 months so we decided to put some of the displays in the back area to make them feel more a part of the community.”

The festival will run until July 18 with the coveted title of Best Scarecrow being awarded at the end of the event.