Many farmers are struggling to recruit enough pickers due to Brexit and the war. 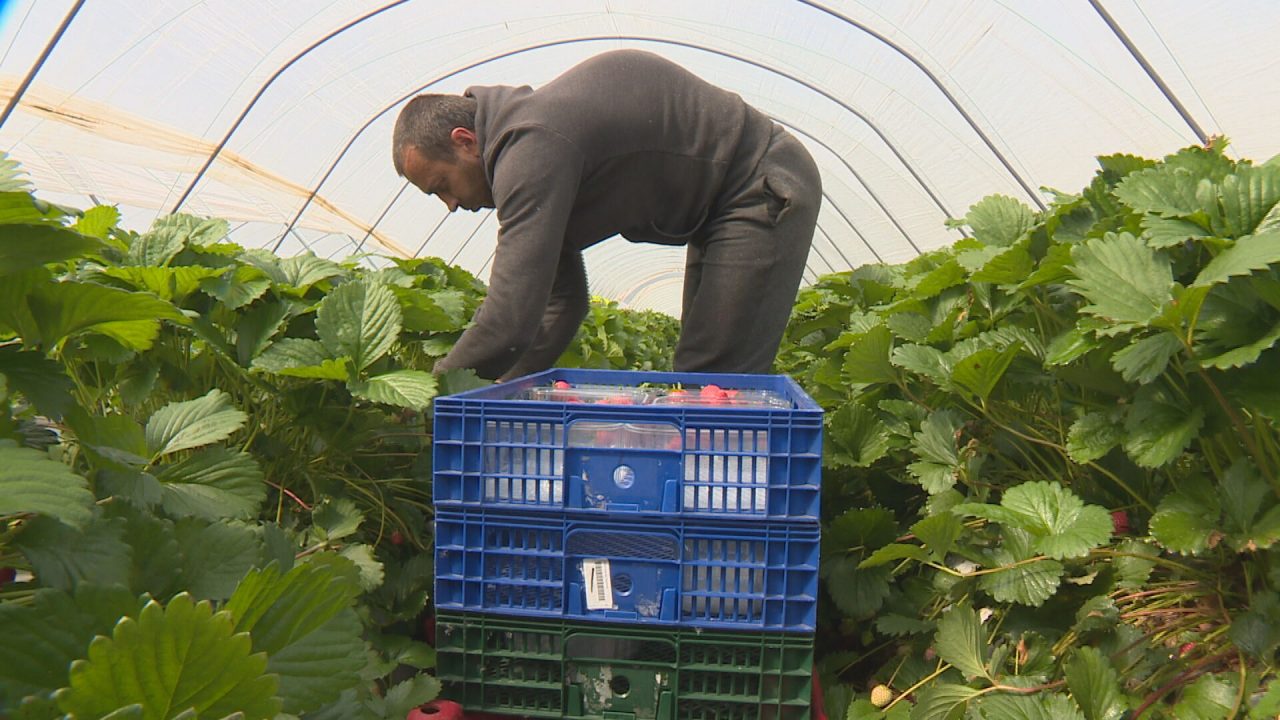 Soft fruit growers fear another year of berries being left to rot due to a lack of pickers.

The industry is also braced for a surge in costs, with fertiliser and energy bills doubling from last year.

Many farmers are now considering reducing the amount of produce they plant next season, which would lead to less choice but higher costs for customers.

Iain Brown, of Easter Grangemuir Farm at Pittenweem in Fife, is without a quarter of the pickers he needs to harvest his crop of strawberries.

The war in Ukraine is adding to a problem already exacerbated by Brexit.

Mr Brown sponsored a number of Ukrainians to come to Scotland, who are now working on the farm.

Oleh Len, who is from eastern Ukraine, is glad to be in the safety of a strawberry field, but is worried about his dad and brother who remain in his war-torn homeland.

He said: “Ukraine is so beautiful, but Russia is so bad. I stay here because it’s so safe, but I hope one day to be able to go back.”

Last year at the farm, 100 tonnes of berries went to waste due to a lack of labour and staffing issues in the wider transportation and supply chain.

Similar waste is expected this year with rotting berries being binned on a daily basis due to a delay in workers coming from eastern Europe and beyond.

Farm manager Nicoleta Descultu said more than 40 people wanted to work at Easter Grangemuir this season, but the £300 visa costs proved too much.

“Once they saw the cost for a visa and then for travelling, they said ‘I’m sorry, I can’t save that money’,” said Ms Descultu.

“It’s too expensive to come and work in the UK.”

While 30,000 visas have been issued by the UK Government through the agricultural workers scheme, the promise of another 10,000 is yet to materialise.

Farms also face increased salary costs as the government has stipulated that seasonal workers must be paid £10.10 per hour rather than the living wage of £9.50.

“The government needs to urgently look at the £10.10 as workers and the unions were happy with £9.50,” said Mr Brown. “It’s added cost that will have to be passed onto the customer.

“We also need the extra 10,000 visas issues as quickly as possible.”