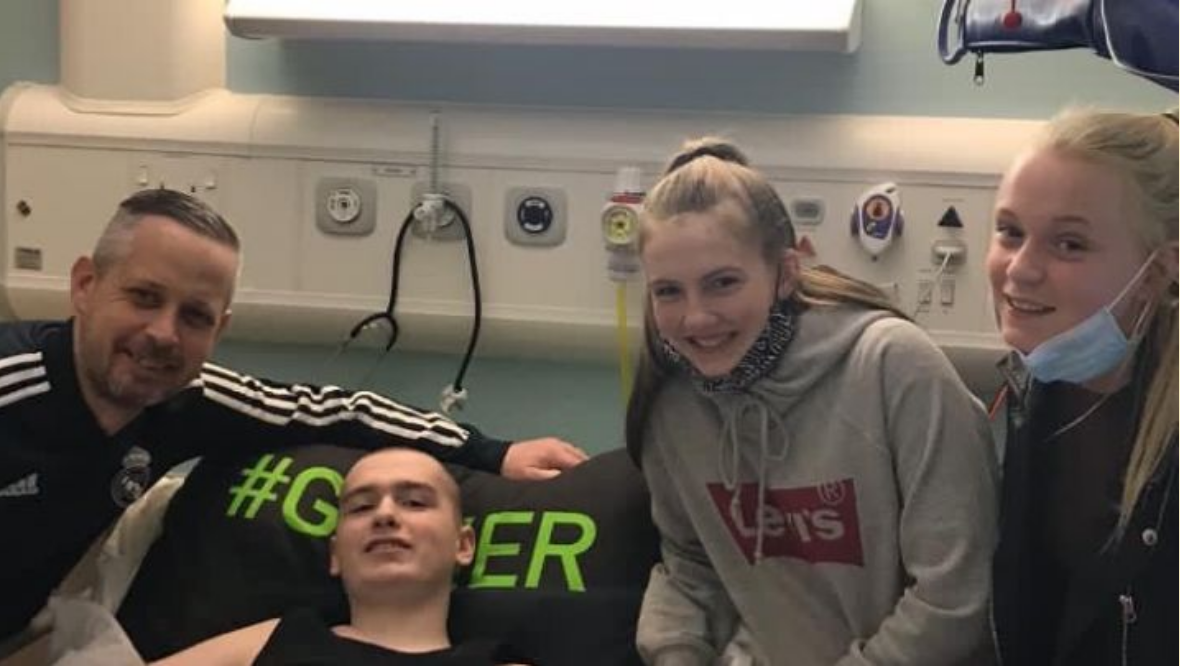 A Scottish singer has launched a fundraiser to support a teenage boy diagnosed with leukaemia.

A month ago, sports-loving Aidan Hogg, from Musselburgh, was enjoying sledging with his friends. A week later he was diagnosed with acute myeloid leukaemia and told he may never walk again.

After suffering back pain on March 4, the 15-year-old was taken to hospital where they discovered cancerous tumours near his spinal cord which have resulted in nerve damage. He will now spend the next six months in hospital having chemotherapy and physiotherapy.

When singer Callum Beattie heard Aidan’s story, he wanted to help and dedicated a previously unreleased track called Warrior to the teen. He also set up a crowdfunder in the hope of raising £10,000 to help Aidan’s family modify their home for wheelchair access and make it a comfortable space for his return.

“I went to school in Musselburgh. I think he played for Musselburgh Windsor football team too which I did and it just touched my heart,” he told STV.

“He’s doing his best but he might not walk again and for a 15-year-old that must be terrifying.

“So that’s what we’re doing. We’re giving a wee song that’s delivereing a wee bit of strength and in the hope that people stick their hand in their pocket and go ‘he’s given something and we can all try and raise some money for him’.”

Aidan’s mum, Emma Davidson has been by her son’s side throughout his hospital stay and they have both been overwhelmed with the generosity of Callum and his fans.

“When a complete stranger takes so much kindness – we totally appreciate it. Even now when I think of the song, the song makes me feel like crying.”

Emma also said she is proud of how Aidan has handled his diagnosis and his determination to get better.

Although it is unclear yet whether the teen will ever be able to walk again, Emma added that a moment this week brought a glimmer of hope.

“You know yesterday, during physio, he moved his legs a wee bit and I burst into tears. The smile, it could have lit up the whole hospital. He was so happy with himself,” she said.

Aidan’s step-father, Craig Davidson, said: “That’s where we’re at, we’re at hope and we’re praying every night when we go to bed and I think if you’ve got hope you’ve got something.”

To hear Warrior and find out more about the crowdfunder, you can visit Callum Beattie’s Facebook page. To donate to the fundraiser visit here.