Stuart Cochrane was driving to Edinburgh Airport on Sunday night when he captured the stunning sight. 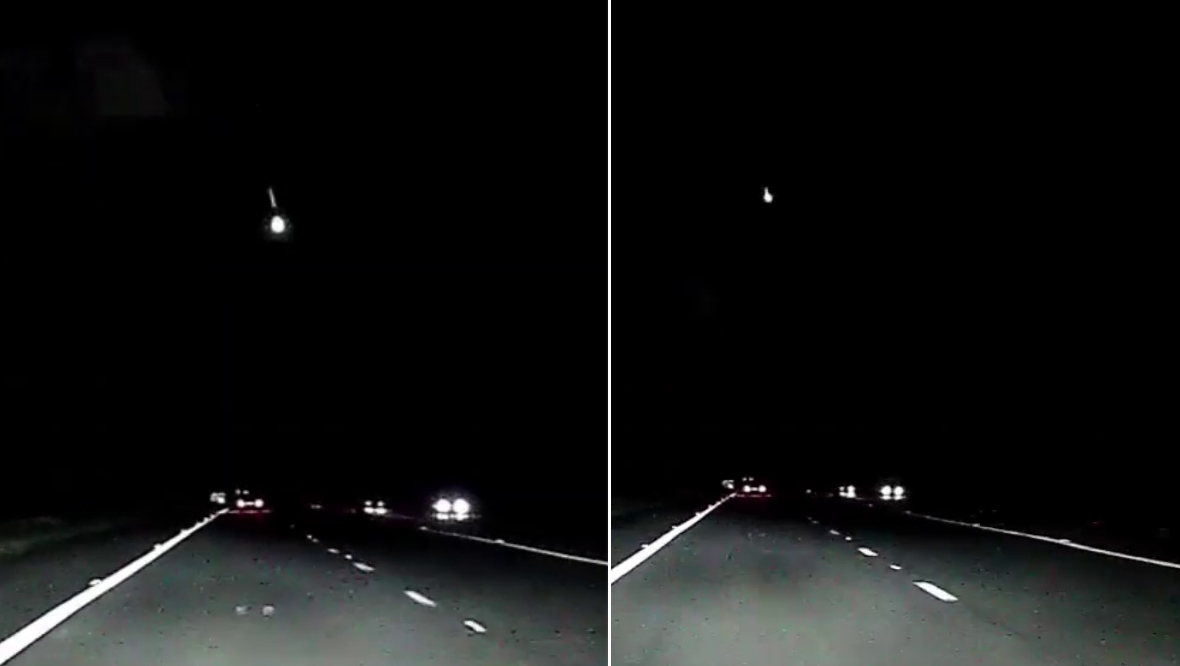 A captivating light which was captured on camera shooting over Edinburgh is “almost certainly a meteor”.

The UK Space Agency (UKSA) made the confirmation to STV News on Monday, after a local sent in the stunning video captured on Sunday night near Livingston.

Stuart Cochrane was driving down the M8 to Edinburgh Airport at around 9.40pm when his dashcam caught the spectacular sight.

He told STV News: “It feels really nice, actually – it’s so rare to see something like this!

“I’ve seen many videos of these things but didn’t think I’d capture anything like it myself.”

It follows a “fabulous” month rife with stunning astronomical sightings across the UK, according to the UKSA’s Derek Smale.

The ESA space safety and security programme manager confirmed the sighting was almost definitely a meteor.

It comes after a spectacular meteor shower, the Moon passing close to all of the brighter planets of our Solar System, the Milky Way overhead and sightings of noctilucent or “night shining” clouds in the last month.