Father died after he was restrained on the ground by six police officers in 2015 in Kirkcaldy. 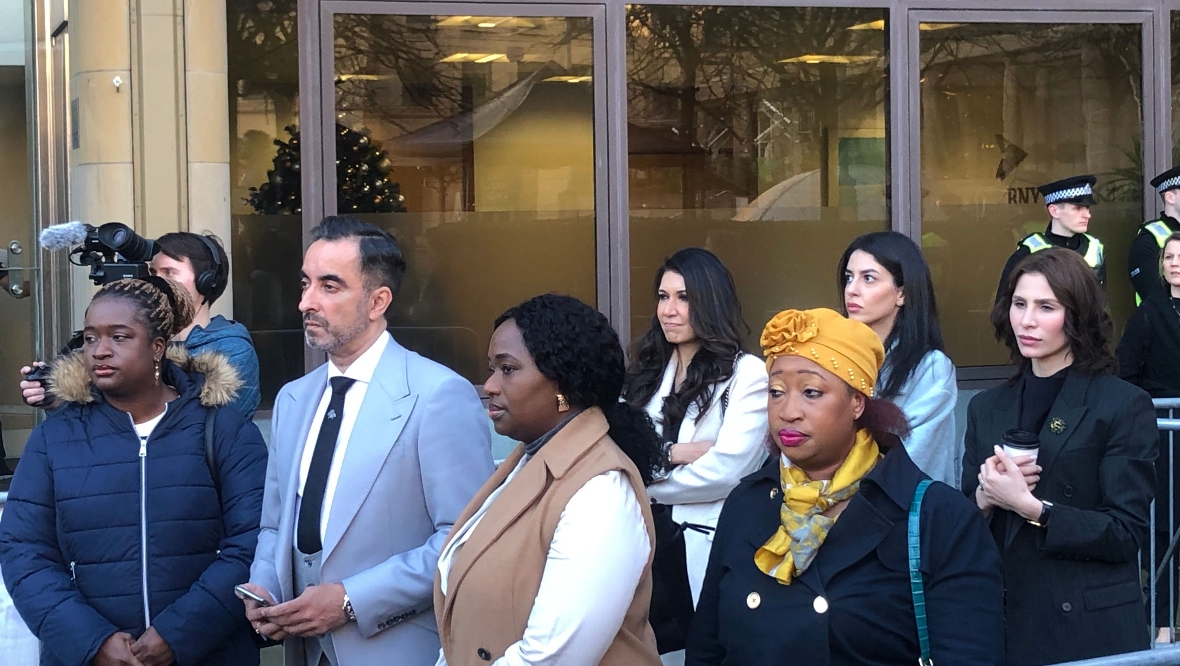 The sister of a black man who died after being restrained by police officers in Fife will lead a vigil as the second part of the inquiry into his death begins.

Sheku Bayoh died after he was restrained on the ground by six police officers in 2015 in Kirkcaldy, and the inquiry investigating the circumstances after his death and whether race was a factor will continue before Lord Bracadale in Edinburgh on Tuesday.

Kadi Johnson, the father-of-two’s sister, will lead a vigil outside the inquiry’s Capital House building before the second phase begins, with protesters set to also hear from other speakers including STUC general secretary Rozanne Foyer and Lena Wanggren of the UCU.

Mr Bayoh, a trainee gas engineer, was born in Sierra Leone and moved to the country when he was 12 – after living in London for five years he then moved to Scotland.

The inquiry has previously heard from the officers involved in the restraint of Mr Bayoh in Hayfield Road, as well as witnesses to the events on May 3, and others connected with the incident including control room staff and other emergency service workers.

On the day he died, police received reports a man had been wandering the streets of the Scottish town with a kitchen knife, where he was attacking passing vehicles and acting erratically.

By the time officers attended, Mr Bayoh no longer had the knife, and was not being aggressive towards the police, the inquiry previously heard.

But shortly after arriving at the scene, and after ignoring their commands to get down on the ground, incapacitant spray had been deployed and he was being held face down by officers for minutes before he fell unconscious and an ambulance called for him.

He was pronounced dead by medics shortly after at the town’s Victoria Hospital, and had suffered multiple injuries including head wounds and a broken rib.

Dc Ashley Tomlinson and Pc Craig Walker had previously told the inquiry Mr Bayoh had stamped on Nicole Short while she was on the ground after receiving a blow to the head.

But Kevin Nelson, who watched events unfold from his living room window, told Angela Grahame KC, senior counsel to the inquiry, he did not think Mr Bayoh could have carried out the attack in the way described.

And a forensics expert who examined a vest worn by the then police constable said she found nothing “of relevance or anything that looked like footwear” on it.

The inquiry will hear from Inspector James Young, ahead of further witnesses this week, as it works to establish the facts of the immediate circumstances leading up to his death, how the police dealt with the aftermath, the following investigation, and whether race was a factor.

The £8.97m inquiry has also seen video of the incident, as well as recordings of police radios and emergency service calls, and 3D modelling of the scene of how it would have looked in 2015.