A number of people including five children got into difficulty in the Firth of Forth on Sunday afternoon. 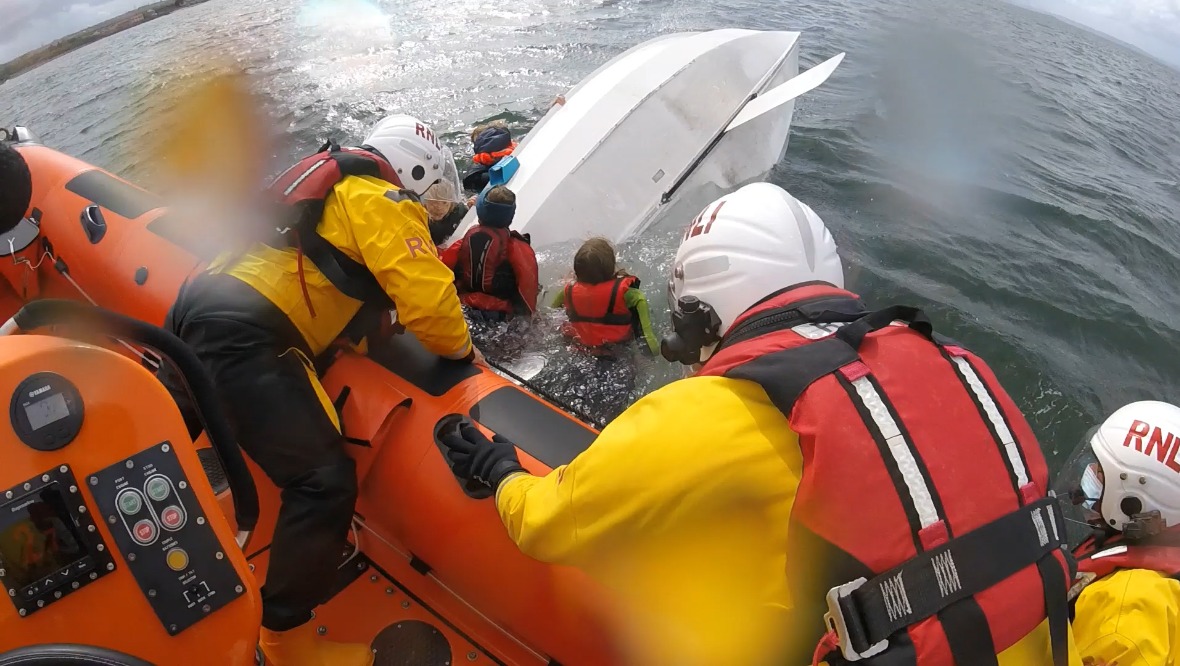 Eight people including five children were rescued from the water after a dinghy capsized in the Firth of Forth, lifeboat teams have said.

Emergency services were called on Sunday around 3.30pm after three paddle boarders and a small sailing dinghy got into difficulty.

Two of the paddle-boarders had clambered aboard the dinghy to be taken ashore but the boat capsized, leaving seven people in the water around one mile off Port Seton, North Berwick Coastguard Rescue Team said.

Rescue teams arrived on the scene to “to skilfully recover all persons aboard”.

An eighth person who was making their way to Port Seton with three paddle boards was also helped out of the water by a lifeboat.

The statement from the team said: “The casualties were then landed at Port Seton into the care of coastguard rescue officers who provided casualty care before passing them on for assessment by Scottish Ambulance Service.

“Thankfully none of the parties involved required any onward medical attention.”

The Kinghorn RNLI Lifeboat volunteer service said in a statement it assisted with the rescue and that there were two adults and five children on board the dinghy which capsized.