More than 60 'warm spaces' have been opened across Edinburgh as Scots struggle to afford their bills. 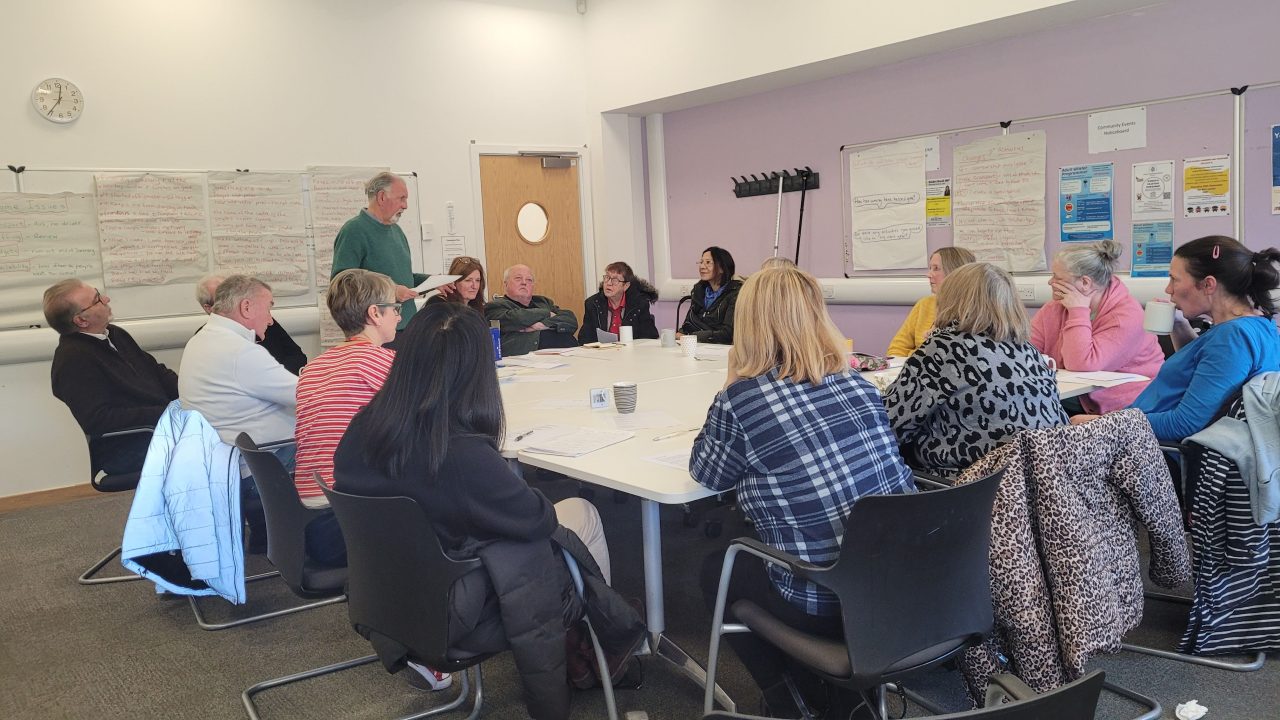 Communities across Scotland are facing a “humanitarian crisis” as they grapple with the cost of living, according to campaigners.

Christmas is just a fortnight away, but it’s a luxury that many can’t afford as they face daily worries about food, heating bills, and housing conditions.

Last week, a network of more than 60 ‘warm spaces’ opened across Edinburgh to offer people support and respite.

Venues including Royston Wardieburn Community Centre – in the north of the city – are offering free hot meals, social events and financial advice to people facing hardship.

Willie Black, part of local campaign group R2 Response and Recovery, was among those at a community meal there this week.

He told STV News: “This is a humanitarian crisis and we need a response like that.

“For many, we’re back to a kind of Dickens novel. In many homes, that image of Christmas, all the family sitting round the fire after they’ve eaten their Christmas dinner. That isn’t going to be the reality.

“Community groups are filling a void that shouldn’t be there.”

Just a few streets away from the centre is Fresh Start, a charity which helps people facing poverty and homelessness.

Its managing director Biddy Kelly says she doesn’t know if everybody will make it through the winter.

“I genuinely think it’s going to be really dire for some people… I actually think this is worse than the pandemic,” she said.

“We need to make sure we get money to people quickly, but we need to be investing in communities in different kinds of ways.”

Investment in good quality housing is something many fear has slipped down the priority list.

Thomas Lynch, service manager for Dads Rock, has been supporting a young family whose flat in nearby Muirhouse is blighted with mould.

The family has been in the property for seven years and it has steadily deteriorated in that time.

Mr Lynch said: “When I first saw the picture of the mould and the dampness, I’ll be honest I was shocked, I was horrified, I was ashamed and I was really angry – and I’m still really angry.

“We talk a lot about human rights in this country, but this is not safe, this is not healthy.

“We know it’s not just this flat, we know it’s the whole of Scotland where there are poor conditions.

A council spokesman said that responding to reported incidents of dampness is a “priority for us.”

He added that the local authority was due to carry out a “comprehensive upgrade” of the block of flats in 2023.

Muirhouse resident Caroline Cawley, a member of End Poverty Edinburgh, said the cold temperatures were adding to her concerns.

She said: “Now we have this wonderful dystopian idea of warm banks which are so demeaning… it doesn’t take into account the fact that A, you have to get there, and B, we’re in the middle of flu and Covid season so everyone is potentially going to get sick and then you have to go back into a cold house.”

Back at the warm space at Royston Wardieburn, council leader Councillor Cammy Day joined locals at the community lunch.

He accepted concerns about the idea of warm banks, but said the cost of living and energy crisis is “making them a necessity”.

He added: “”The] initiative brings together a host of spaces across the city where people can connect with others, learn new skills, and relax.

“These spaces are also key in combating social isolation, boosting mental health and welling, and allowing people to access services and support in a respectful and friendly manner.”