Mekala Osborne, a 23-year-old personal trainer, is back home in East Lothian. 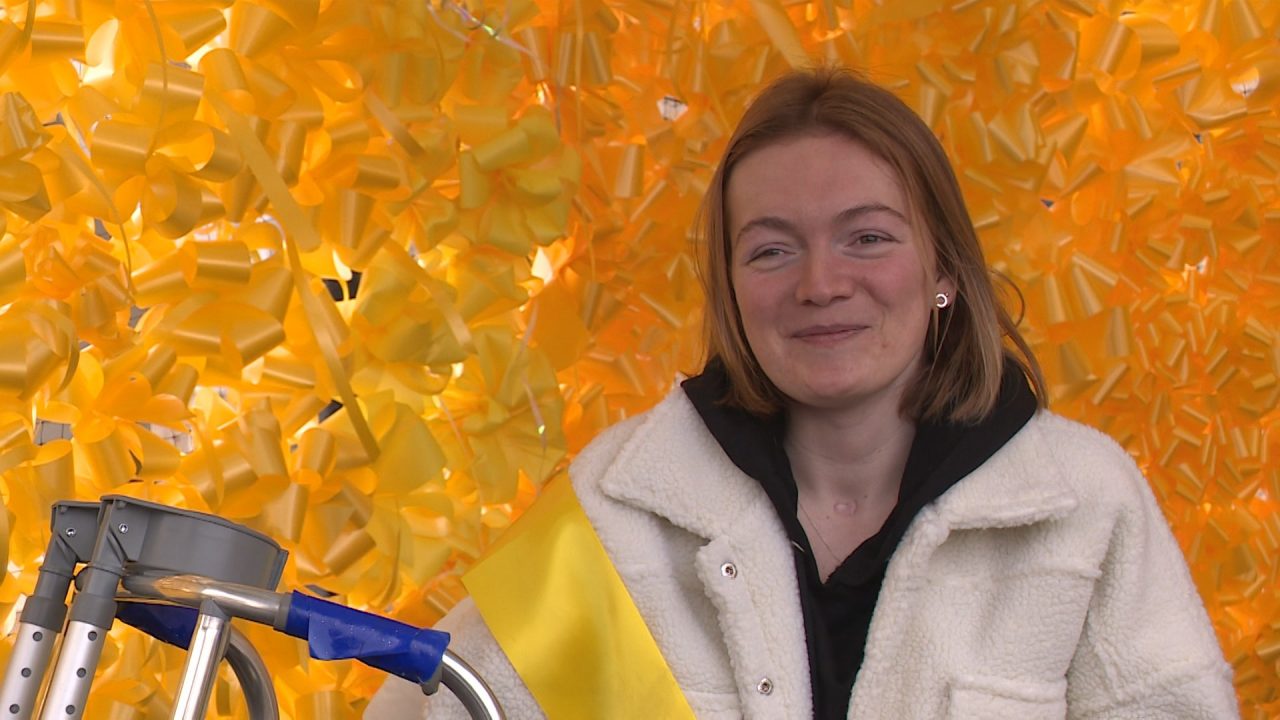 A woman who spent more than a year in hospital recovering from a rare form of pneumonia has returned home to East Lothian.

Mekala Osborne, a 23-year-old personal trainer, took ill and fell into a coma while travelling in Vietnam 15 months ago.

She had contracted necrotising pneumonia and was transferred to a hospital in Singapore, where she spent nine weeks on life support.

Mekala had at one stage been given a 5% chance of survival but miraculously recovered and flew to Scotland in November 2019 to begin her rehab.

She was finally discharged on Monday, December 14, and made her way home to Wallyford, where she was met with a warm welcome from family and friends.

Speaking about her return home, Mekala told STV News: “It was definitely a moment I’ll remember. I’ll remember everybody’s face that I saw when I was looking round. It was amazing, an incredible feeling.

“To be walking back through the doors and have my family just here and all my friends, everybody who supported me, it’s unreal.”

Mekala endured numerous operations, including having part of her lung removed, but has remained optimistic throughout the process.

“I’ve loved every second of being in rehab,” she said. “ICU was harder because I wasn’t that well but rehab was amazing. To see myself go from strength to strength and learn everything that I did learn.

“I learned so much about myself as well that I never would have known if this didn’t happen. It’s been a blessing.”

Her discharge date is also her late grandad’s birthday.

She added: “He passed away six years ago, so it just feels like it would bring a different meaning to the day and we’d be able to remember my papa, and remember that I came home this day.

“He would’ve been camping outside the hospital waiting for me to appear every day, if he was still here.

“I actually have his date of birth tattooed in Roman numerals on my ribs, so now it’s the day I came home from hospital.

“That’s the side with all my scars from the operations… so it just brings a whole new significantly positive meaning to it.”

For mum Yvonne, it’s still sinking in that her daughter is finally home.

She said: “I saw her go in those doors in an ambulance, still fighting for her life, and she walked out of there on crutches with the biggest smile.

“As soon as she got in the car, that was it, cuddles. I’ve never held her or cuddled her since August… Just to get her in my arms and have her.”