Rudi Abbot met the first team squad at their training ground in Edinburgh for a kickabout. 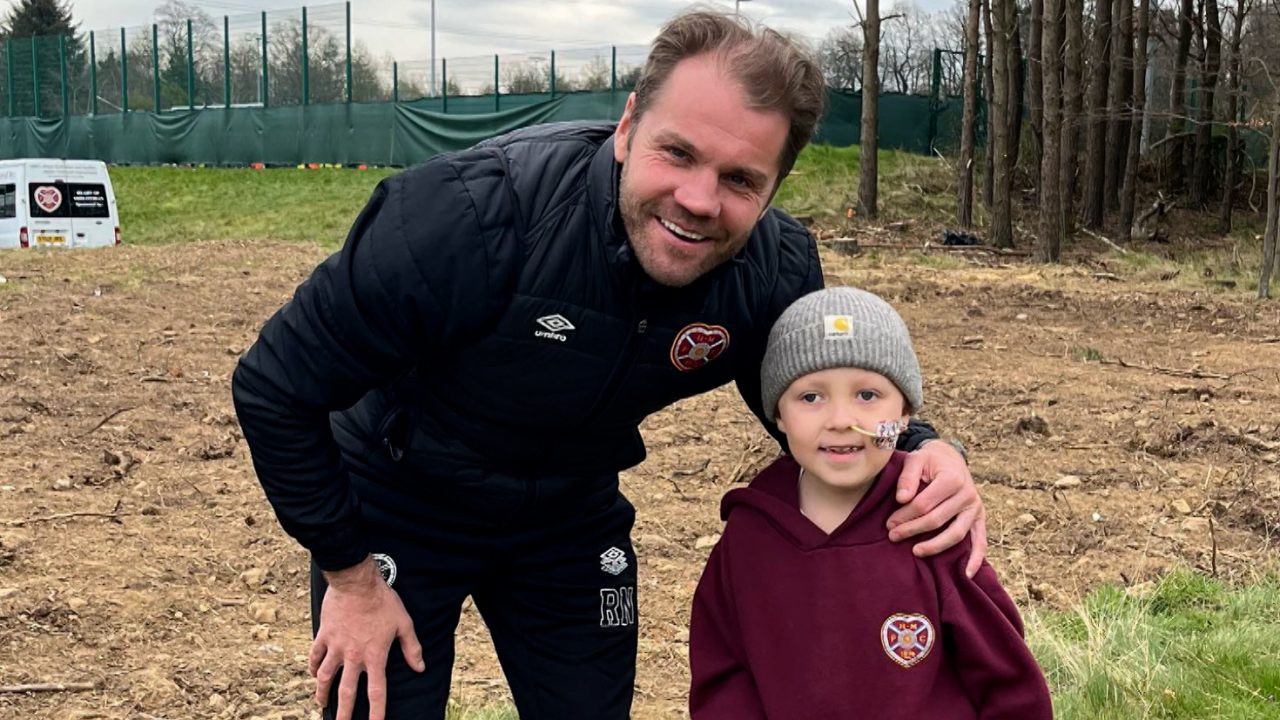 A young boy living with a rare and aggressive brain tumour has trained with his idols from Hearts football team.

Rudi Abbot met the first team squad at the club’s training ground in Edinburgh dressed in the team’s strip and enjoyed a kickabout with players.

Manager Robbie Neilson found the eight-year-old some extra layers when the cold weather set in, joking Rudi was the Hearts coach now.

“[The best part] was playing with the football players and watching them train,” the youngster said in a video posted to Instagram.

Rudi was diagnosed with pineoblastoma in the centre of his brain in August 2020 and has since undergone gruelling treatment to tackle the grade four tumour.

After finishing chemotherapy in April 2021, Rudi was allowed to return to school and play with friends again.

However an MRI in February showed some tumours have returned and the family were told they faced limited options in treating Rudi.

Having launched fundraiser Rally 4 Rudi, supporters have raised almost £60,000 in a bid to help the youngster access treatment which may slow or stop the progression of his cancer.

Donations can be made to the Rally 4 Rudi GoFundMe page here.