Robber threatened workers at two shops with a blade

Police believe two incidents at shops in Edinburgh on Saturday are linked.

Police are hunting a knife-wielding suspect they believe is responsible for an attempted robbery and robbery at two different stores in Edinburgh.

The first incident happened around 5.45pm on Saturday at the Best One shop on Bonnington Road.

The second incident happened around 6.15pm, less than a mile away, at the Co-op store on McDonald Road.

The suspect entered the store from the direction of Bonnington Road and threatened two members of staff with a blade, stealing around £200.

Nobody was injured in either incident.

The suspect is described as male, in his 20s, around 6ft tall with black sunglasses and a black or grey snood only showing his eye line.

He was wearing a slim-fitted Nike top with a black Nike tick on the right side and black cuffs looped over his thumbs.

He had a red or burgundy top underneath showing at the waistline, skinny blue Nike joggers, black running trainers, orange gloves and a black rucksack worn on front of his body.

Detective sergeant Steven Gray, of Gayfield CID, said: “We believe these incidents are linked and between speaking to the victims and watching CCTV, there is a good description of the suspect so we’re appealing to the public to help us.

“If anybody saw somebody matching this description on Bonnington Road or McDonald Road shortly before or after these incidents on Saturday, please contact us.”

Anyone with information should contact Police Scotland on 101 quoting incident number 2824 of July 4. 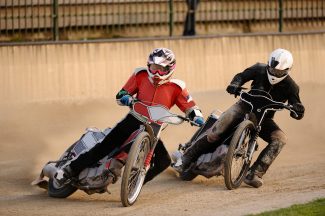 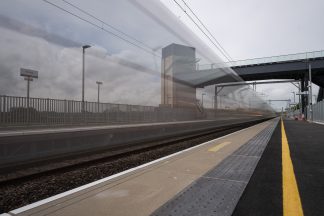 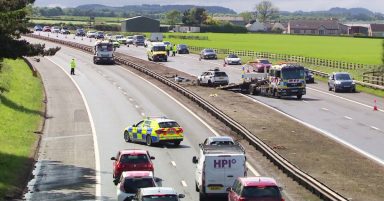 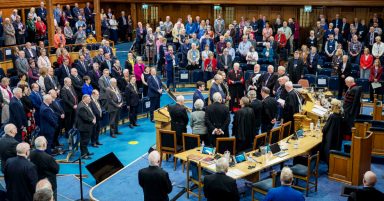 Church of Scotland to decide on same-sex marriage proposals