The Queen lay in rest at St Giles' Cathedral for four days before departing for London on Tuesday. 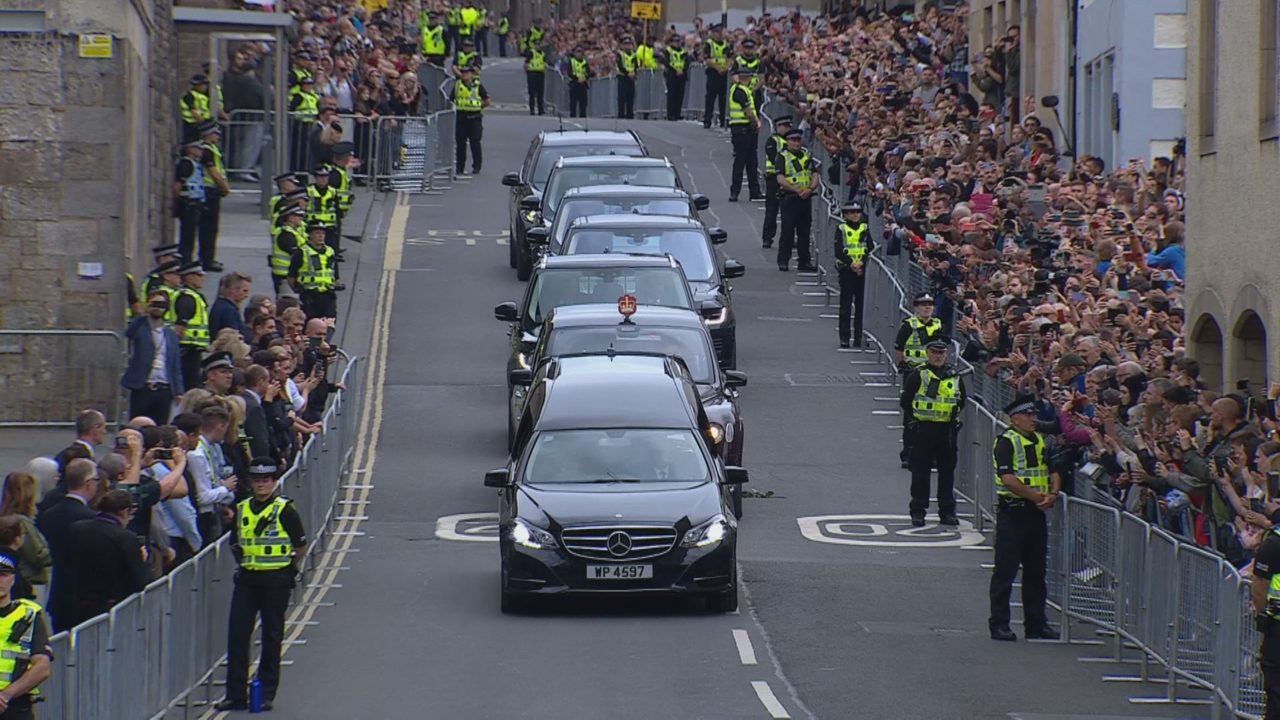 Work is under way to reopen Edinburgh city centre following the conclusion of the public vigil for the Queen.

A number of roads across the capital were closed, with barriers put in place, as the Queen lay in rest at St Giles’ Cathedral.

Around 33,000 people are estimated to have paid their respects to the Queen at the cathedral over the course of almost 24 hours.

On Tuesday evening, the Queen’s coffin left the cathedral shortly after 4pm for Edinburgh Airport.

It was then transported from Scotland to London before being driven to Buckingham Palace.

From Wednesday, the late monarch will lie in state at Westminster Hall for four days until her funeral on September 19.

In Edinburgh, traffic flows are expected to return to normal, with the removal of road blocking infrastructure and barriers.

Floral tributes will be lifted while road sweeping takes place and equipment such as security scanners will be removed.

Street cleanings have also begun work to clean roads that were closed during the lying in rest.