Around 30 firefighters were called to the scene with six appliances to tackle the blaze. 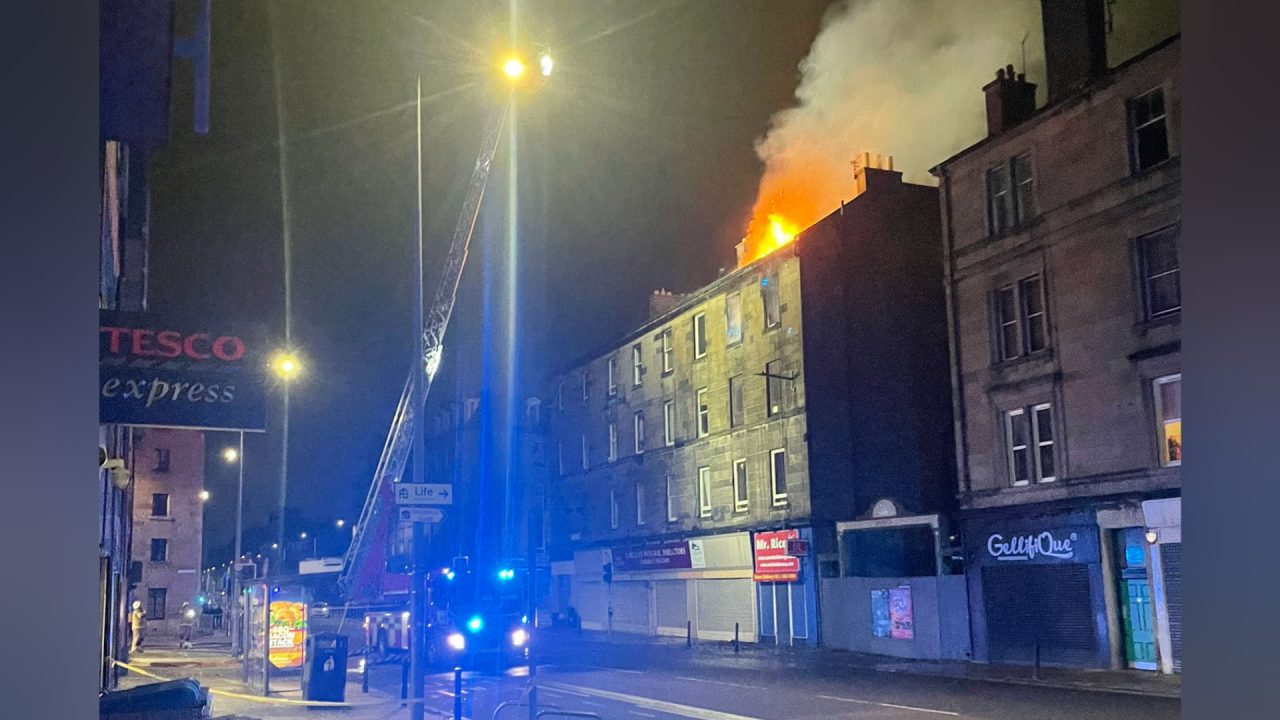 Residents have been evacuated and a road has been shut down after emergency services were called to the scene of a fire in Edinburgh.

Scottish Fire and Rescue Service (SFRS) and police were called to the scene on Bonnington Road just before 3am on Tuesday morning.

Police confirmed the street has been closed between Bonnington Road and Great Junction Street.

A spokesperson from SFRS’s Edinburgh control room said: “I can confirm we attended at an address on Bonnington Road this morning and are still in attendance.

“We have 30 firefighters in attendance with six appliances and one height appliance.

“The incident is still ongoing and the road remains closed.”

In a statement, Edinburgh North East Police said: “Road Closure. Great Junction Street, Edinburgh, is currently closed between Leith Walk and Ferry Road due to an ongoing fire. Please avoid the area in the meantime.”