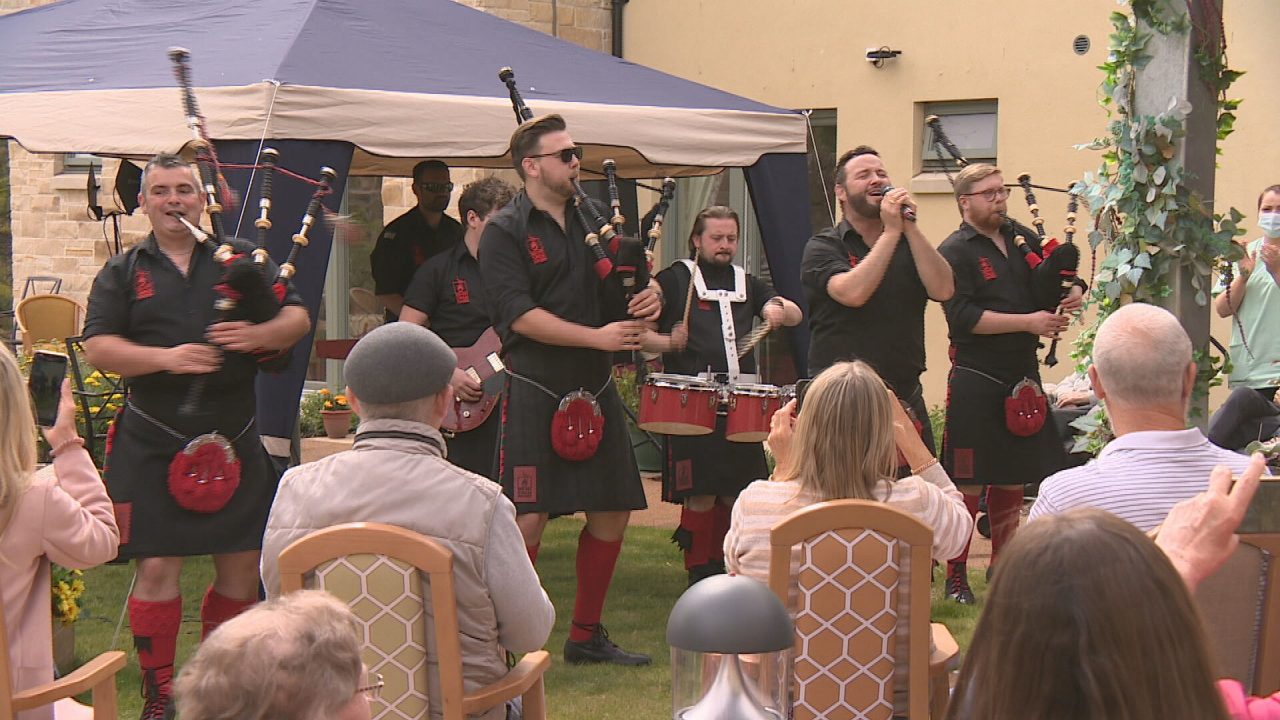 Residents at several care homes have been treated to private concerts from one of the world’s most famous pipe bands.

The Red Hot Chilli Pipers played at seven Randolph Hill facilities over two days in what the group has described as their most “humbling” shows.

The group played for 30 minutes, performing traditional Scottish songs like “Highland Cathedral” as well as Queen’s “We Will Rock You”.

Ronald Duthie, also a resident at Kirk Lane, said it was “an excellent show from beginning to end”.

Chris Judge, the singer of the band, was delighted to be performing to audiences again.

“It was so much fun, you could see the looks on their faces when we came out – everyone seemed to have a great time,” he said.

“To spread the joy, to put a bit of traditional Scottish music with a twist and connect with the people of the care home was just a great thing to be part of.”

The care home provider won the concert in a prize at a charity ball last year but it was only supposed to be for one show.

Peter McCormick, managing director at Randolph nursing home group, said: “I was just a bit cheeky and I asked them if they would do all seven {care homes} and they said ‘yes’ immediately.

“It’s great to be able to have somebody of the reputation of the Chilli Pipers here and you can just see the reaction on the residents’ faces, they all light up.”