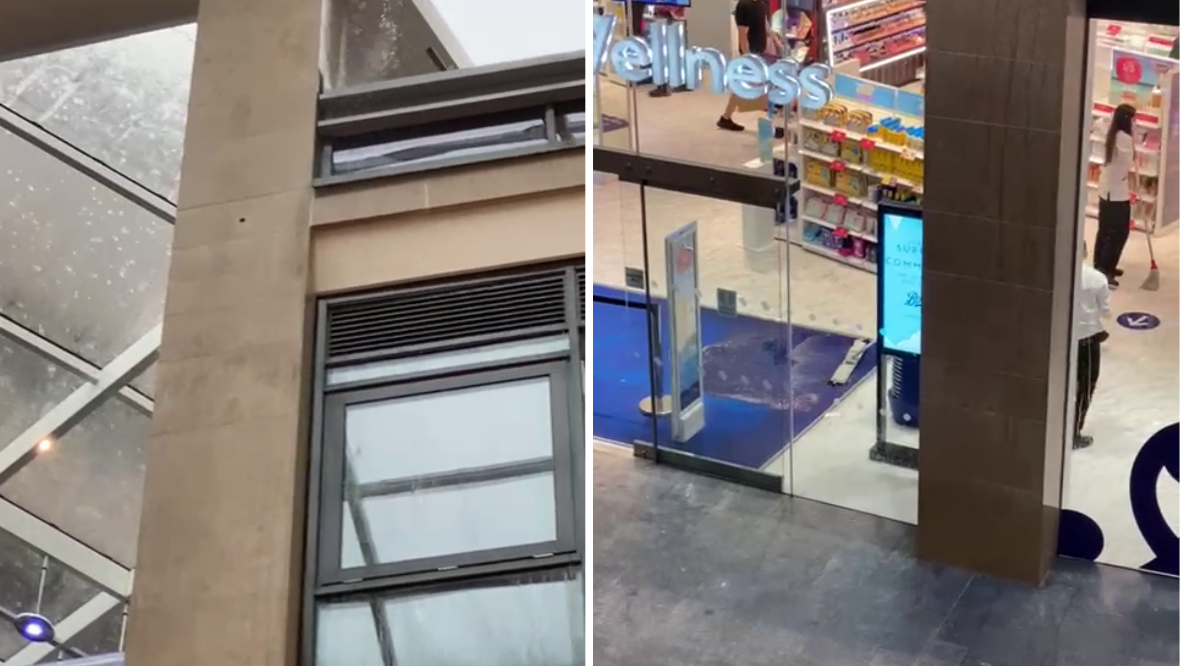 Rainwater has poured into Edinburgh’s brand new St James Quarter shopping centre after Scotland was hit by floods and thunderstorms.

But on Sunday afternoon, the capital city was battered with torrential rain and streets became flooded.

Water poured in through the ceiling of the shopping centre and down to the ground where staff in a Boots store could be seen using mops to try and keep it at bay.

A cordon had been erected around the open space between floors within the centre outside the Boots shop.

The £1bn development is set to open in stages over the next 18 months having welcomed customers on Thursday, June 24.

“St James Quarter has been built to fully integrate with the city’s streetscape and is not an enclosed building. Whilst St James Quarter has been designed as a naturally ventilated environment and allows some rain to come into the galleria, the extent of water ingress in two sections was mainly caused by severe rainfall testing areas within the second phase of opening which are still under construction.”