More than 26,000 people are said to have already attended St Giles' Cathedral. 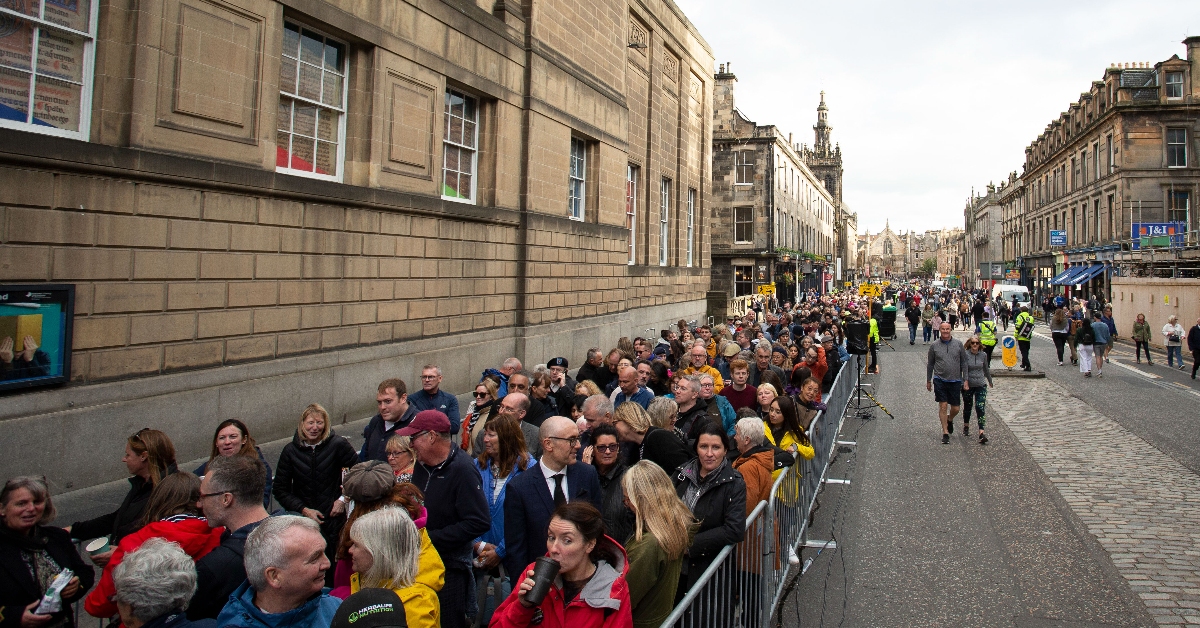 People in Edinburgh have been asked not to attempt to join the queue to pay their respects to the Queen at St Giles’ Cathedral.

Shortly after midday, the queue was closed to mourners, after more than 26,000 people paid their last respects.

The Queen’s coffin has been lying at rest in the cathedral since Monday afternoon.

It will do so until 3pm on Tuesday, after which it will be transported to Edinburgh Airport.

A plane will then carry the coffin to London where the Queen will lie in state at Westminster Hall until her funeral on Monday, September 19.

Thousands of people queued throughout the night after the queue to view the Queen’s coffin was opened in Edinburgh.

Those in the queue had been urged to wear clothing that would provide protection from cold or wet weather, as well as food and drinks to consume while waiting.

King Charles III joined a vigil at the cathedral on Monday before travelling to Northern Ireland on Tuesday as part of his tour of the United Kingdom.