Queen meets with Sturgeon after she announces indyref2 plans

The royal held an audience with the First Minister and Holyrood's Presiding Officer. 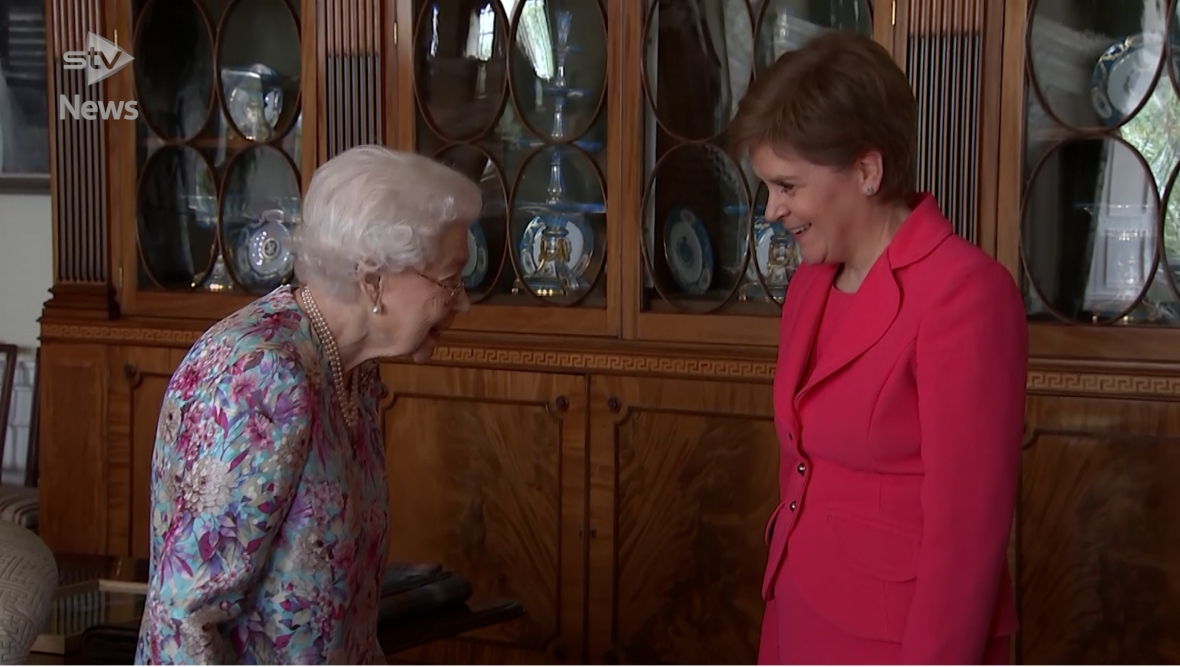 The Queen met with First Minister Nicola Sturgeon on Wednesday – less than 24 hours after she unveiled plans for a second Scottish independence referendum.

The 96-year-old royal held an audience with Sturgeon as well as with Holyrood’s presiding officer Alison Johnstone ahead of the annual garden party on Wednesday afternoon.

The meetings took place at the Palace of Holyroodhouse in Edinburgh, where the Queen is staying for Holyrood week, during which the royal family traditionally carries out a number of engagements in Scotland.

The meetings were in private, with no details of the conversations revealed.

Ahead of the meetings, Sturgeon presented the Queen with a limited edition £150 bottle of Johnnie Walker Blue Label – decorated with a design “intended to reflect the Scottish environment” and a throw designed to mark the three bridges which cross the River Forth.

The Queen and her children, the Prince of Wales, the Princess Royal and the Earl of Wessex – minus the Duke of York who no longer carries out public duties – are joined by the Countess of Wessex during Royal Week and are each carrying out engagements in Scotland until Friday, July 1.

The garden party at the Palace of Holyroodhouse hosts hundreds of guests each year in recognition of their positive contributions to communities across Scotland.

Speaking to Johnstone, the UK’s longest reigning monarch who recently celebrated her Platinum Jubilee expressed her concern over the rainy weather, but added: “Perhaps it will be alright.”