The pupils have added jokes and bloopers to the DVD. 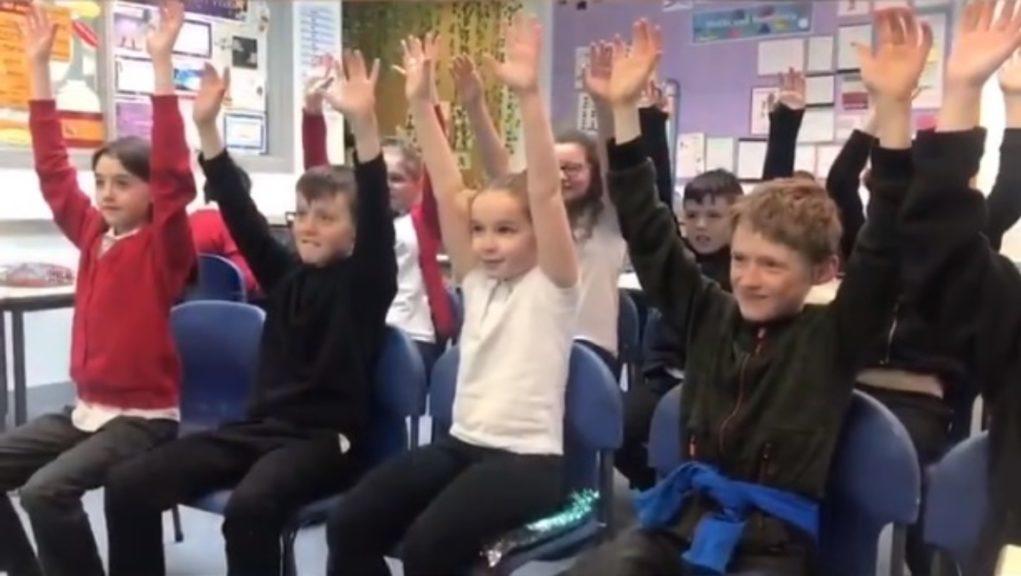 A primary school class in Fife decided to take matters into their own hands when a visit from residents at the local care home had to be cancelled this week over coronavirus.

The pupils of Primary 6A at Fair Isle Primary in Kirkcaldy felt that the social restrictions shouldn’t put a stop to their sessions with the elderly residents, so they made them a video to watch instead.

The video includes an seated exercise class, so that residents in wheelchairs can join in, and a section of the pupils’ favourite jokes to try and lift the residents spirits.

Teacher Claire Keith said: “I have to give the credit to the kids, it was all their idea.

“We were supposed to have the residents in our class this week but given the advice, they cancelled. They children have been studying media so they came up with the idea of making something they could all watch together.

“They thought an exercise DVD would be a good idea. Then they decided to add in some jokes. And now they want to put a bloopers section at the end.”

The class of 28 mostly ten-year-olds have all taken part in the making of the DVD and aim to send it to the residents of the nearby Kingdom Residential Home on Friday.

They’ve also made the residents cards and spring pictures.

“I’m quite taken aback by how kind these kids are,” added Ms Keith.

“They’re aware of the ripple effect of being kind to others and they are really thinking a lot about how they can help the residents while they’re not allowed visitors. It’s lovely to see.

“The other upside is that the project has kept them busy and kept them from thinking too much about everything that’s going on in the news. A lot of them don’t want to leave school when it closes on Friday so this has been a good distraction.”

Paula Paterson of Kingdom Homes said the team were delighted to hear about the project.

“We do regular visits to the school for tea parties and things, and the residents really enjoy it so it’s a real shame we had to cancel, but this is a lovely surprise.

“We’re very grateful to the pupils. It’s helping us keep a link to the outside world. We’ve had to shut down so the only people who are coming in and out are staff.

“This way we can do exercise classes and sing-alongs with the kids. This is a lovely way of letting the residents know they’ve not been forgotten.”