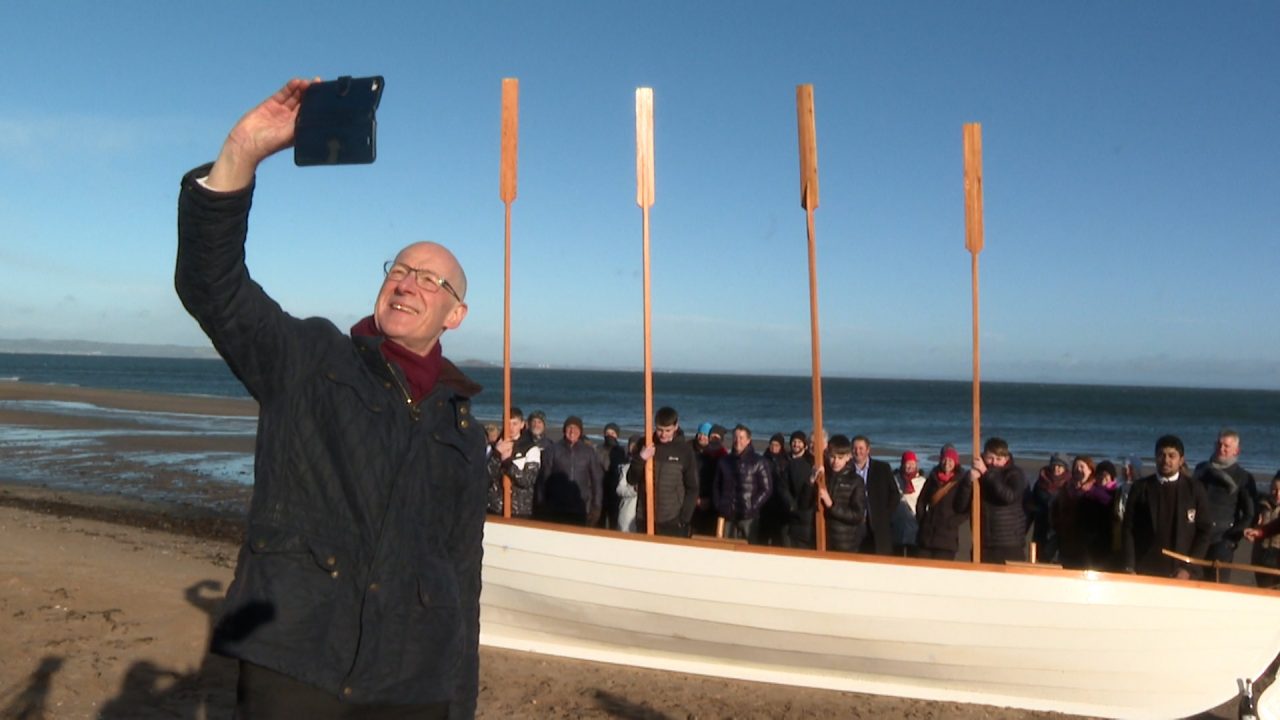 A group of Edinburgh school pupils have completed the mammoth task of turning planks of wood into a full-sized skiff boat, following four years of hard work.

The students from CastleBrae High School in Craigmillar say the project gave them the chance to learn new skills and help improve their social interactions.

The project has been hailed as “innovative and creative”, as it has encouraged pupils who struggle with more traditional ways of learning to pick up skills such as literacy and numeracy.

“I used to be quite troubled. Doing skiff helped me and I’ve gained leadership and new friends,” said pupil Riley Fraser.

“I’ve met new people and I’ve made new friends. At first I didn’t really talk that much in school but now I’m talking to a lot more people,” added Connor McLintok.

Pupils who took part in the project have had their names carved along the inside of the boat to ensure their hard work is remembered.

Teacher Stuart Mcdonald is extremely proud of the students who brought this creation to life.

“It was like a Goliath of a project from the whole technical department and it looks quite majestic,” he told STV News.

“The students loved seeing how you can bend a piece of wood, fix it to a mould and it becomes so strong it forms into a boat.

“We always started with a cup of tea because some of these guys were coming straight from their houses and hadn’t had much of a breakfast so we would start with tea or some biscuits.

“Quite a few visitors came several times to the school as they were fascinated to see this thing morph into a boat from a pile of plywood.”

One such visitor was Deputy First Minister John Swinney, who was invited to the formal launch at Portobello Beach after he took an interest in the project on a trip to the school.

“This project is one that I witnessed in development at CastleBrae High School when I visited some time before the pandemic and it’s a project designed to make sure that every young person is able to engage in education, finding different ways of reaching young people and bringing the joys to education,” he said.

“What the school has done is to create this wonderful boat that’s been launched today but it’s been produced by the skills and expertise of young people and their engagement and that’s exactly what education should be about.”

The skiff has been named Castlebrae and a club will now take it over and look after it so the pupils’ hard work will last for many years to come.