Crowds gathered on the city's Nicholson Street on Thursday night. 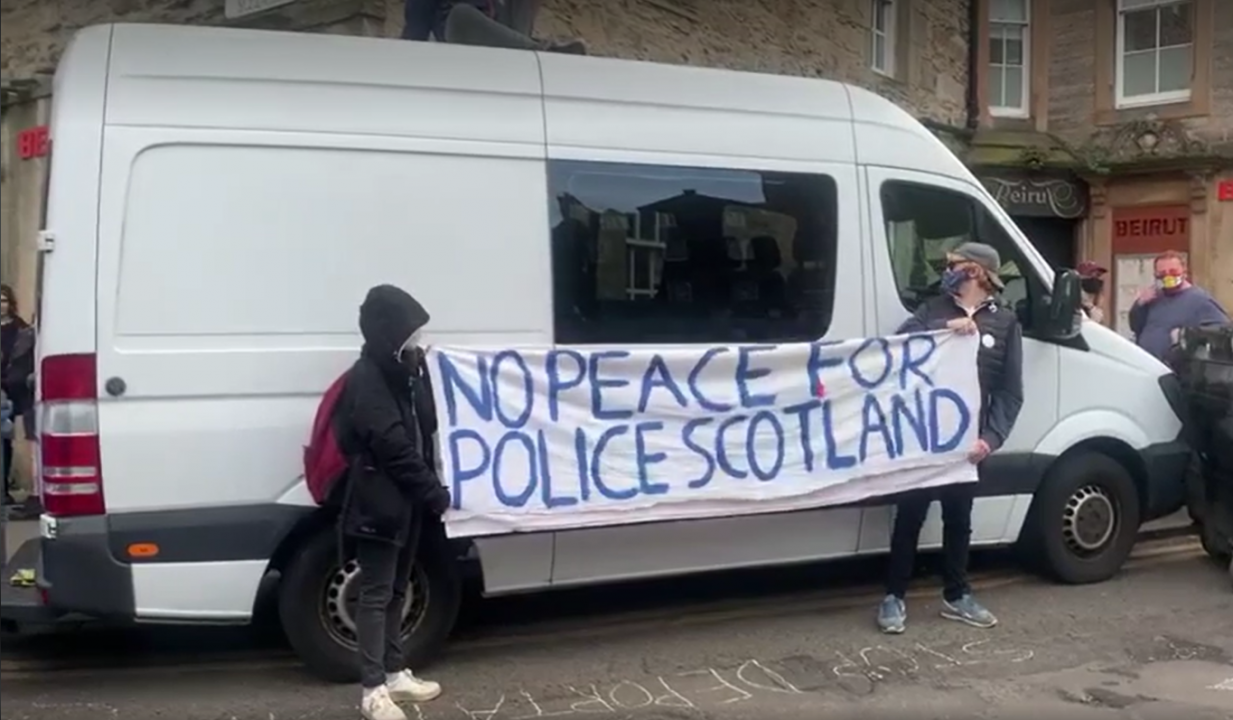 Hundreds of protesters have gathered on an Edinburgh street in a bid to halt a potential Home Office immigration raid.

Crowds converged on the city’s Nicholson Street on Thursday after news of the operation spread on social media.

Immigration vans were spotted in the area at around 7pm and charity group Refuweegee put out a call for people to “Attend peacefully”.

“I have my lawyers number on my arm. Water in my bag. What else do I need to know? Who can help?”

The group say the incident was at a nearby restaurant.

Police were also in attendance at the scene as the protesters chanted ‘no deportation’.

Lothian Buses services 2 and 47 have been forced to re-direct amid the ongoing incident.

Just after 8pm a spokesperson for the protesters says the Home Office employees “have now given a commitment to leave without the people they had detained inside”.

The incident is reminiscent of the Kenmure Street protests in Glasgow last year when large groups of protesters prevented a deportation.

A Police Scotland spokesman said: “Around 6.45pm on Thursday, police were called to an address on Potterrow, Edinburgh following reports of a large protest outside a property.

“Officers are currently in attendance at the location and enquiries are ongoing.”