Princes Street closed after fire breaks out in Debenhams building

Firefighters were called to the scene on Monday afternoon with eight appliances and an aerial appliance mobilised. 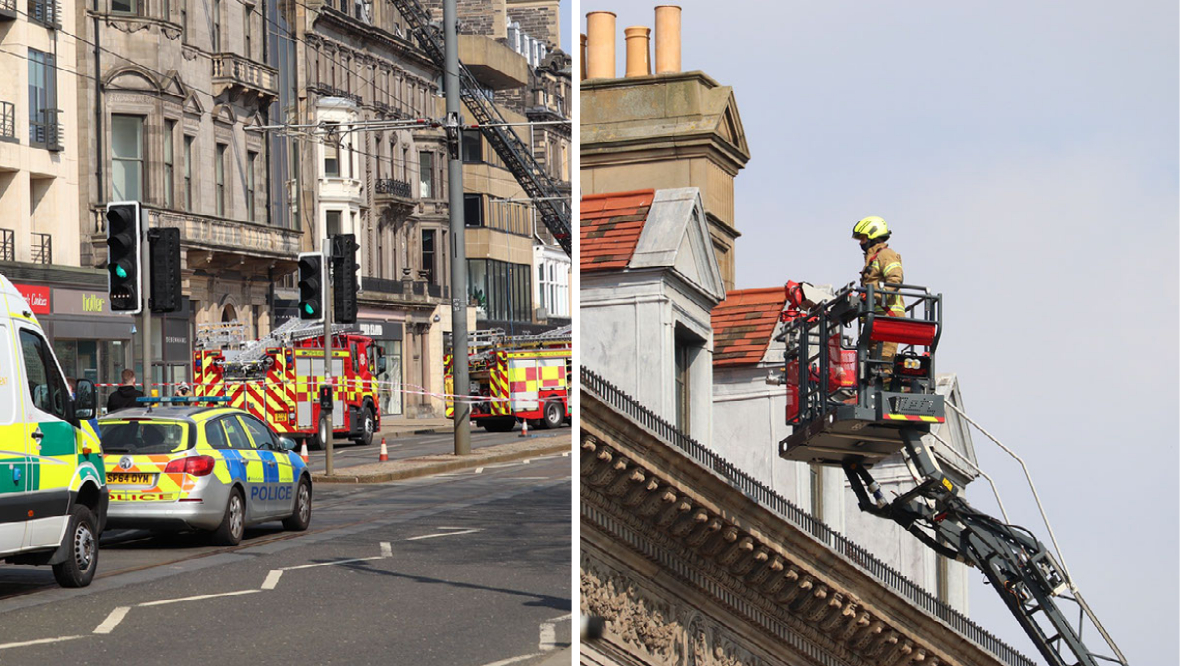 Edinburgh’s Princes Street has been closed as emergency services tackle a fire in the Debenhams building.

Firefighters were called to the scene on Monday afternoon with four engines and an aerial appliance mobilised.

The fire was found on the ground and lower ground floors, to which a further four appliances were dispatched.

Princes Street was cordoned off with Police Scotland assisting the Scottish Fire and Rescue Service.

The road is currently shut between Castle Street and Frederick Street.

No injuries have been reported but firefighters continue to deal with the blaze.

A Scottish Fire and Rescue Service spokesperson said: “We were alerted at 1.23pm today, Monday, April 19, to reports of a fire in the ground floor of Debenhams on Princes Street Edinburgh.

“Crews wearing breathing apparatus entered the building where the fire was found to be within the ground and lower ground floor and a further four appliances were mobilised.

“No casualties have been reported and firefighters continue to tackle the fire.”

A Police Scotland spokesperson said: “Around 1.45pm on Monday, April 19, officers were called to a premises on Princes Street, Edinburgh, to assist Scottish Fire and Rescue Service at the scene of a fire.

“There have been no reported injuries and there are not believed to be any suspicious circumstances.

“Emergency services remain at the scene. The road is currently closed between Castle Street and Frederick Street.”