People should get what they vote for, insists Angus Robertson

Angus Robertson said he believes people are voting for a pro-independence majority at Holyrood. 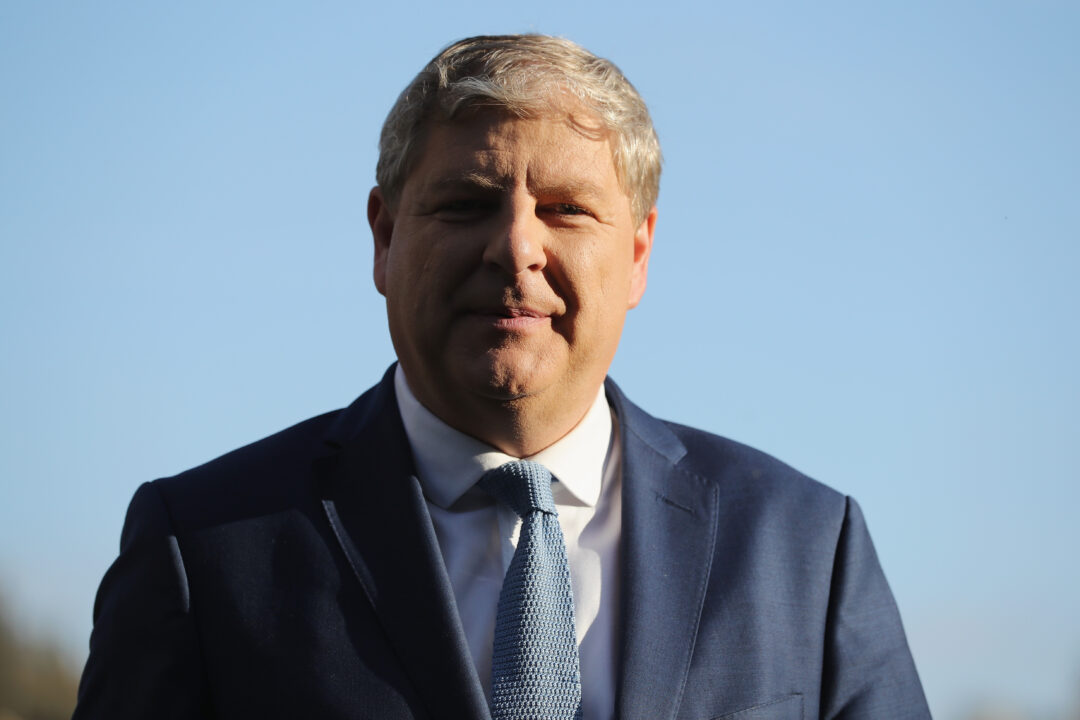 The people of Scotland will decide the country’s future, newly-elected SNP MSP Angus Robertson has insisted.

It comes after Boris Johnson said that holding a Scottish independence referendum in the “current context” is “irresponsible and reckless”.

Mr Robertson, who won the Edinburgh Central seat in the Holyrood election, said that there is still time for the Prime Minister to “see sense”.

“If the people are voting for something to happen in a democracy, what the people vote for is what they should get,” Mr Robertson told STV News.

“And if Boris Johnson hasn’t reflected on that enough yet, I hope he does. There’s still time to see sense.

“And so I’m going to concentrate on making the point that I hope we’re still living in a democracy and if we do it’s the people who will decide Scotland’s future.”

Mr Robertson, who served as the SNP’s Westminster leader between 2007 and 2017, also backed the timeline set out by Nicola Sturgeon in holding an independence referendum in the middle of the upcoming parliamentary term.

“There were three things in my victory speech that I spoke about as being particular issues of concern to me which are housing, homelessness and drug deaths,” he said.

“And those are all things that I want to address in the next Scottish Parliamentary term, as well as everything else that Holyrood has responsibility for.

“We need to emerge from the coronavirus pandemic and we need to deliver on what looks like the wishes of the people of Scotland that they will be returning a pro-independence majority to Holyrood with a mandate for there to be a democratic referendum in the next parliamentary term.”

Mr Robertson continued: “I agree with Nicola Sturgeon when she said that she was aiming for the middle of the parliamentary term and that would give obviously the Scottish Government appropriate time to be able to help us emerge from the coronavirus pandemic.

“But, also ensure that we can have the referendum during the parliamentary term because after all, if the people have voted for that to happen, then that’s exactly what should happen and I support Nicola Sturgeon and SNP colleagues in making that happen.”

The former SNP MP for Moray also warned the Conservatives that they cannot tell people in Scotland what they can and can’t do.

He said: “We have just been in an election where my party went to the people and said we want to hold a referendum, and do you know what? We’re winning.

“And the parties that went into the election saying there shouldn’t be a referendum are losing. And in a normal democracy, the parties that lose graciously concede defeat and tell the party that’s won now over to you, deliver your manifesto.”

He added: “Are we really saying it’s just a matter of fact that the Prime Minister of the United Kingdom is going to overrule the people of this country who haven’t voted for his party in a single national election since 1955 and we’re supposed to just blithely accept that?

“Well, do you know what? The days of private Tory landowners, absentee landlords, sitting in their private gentleman’s clubs in London telling the restive natives in Scotland what they can and they can’t do is over.

“We’re not living in the 19th century, we’re living in the 21st century and the people, I believe, are voting for a pro-independence majority in the Scottish Parliament.”