Paddleboarders rescued after being blown almost a mile out to sea

The pair were crying out for help clinging to the one board after windy conditions saw them drift further out. 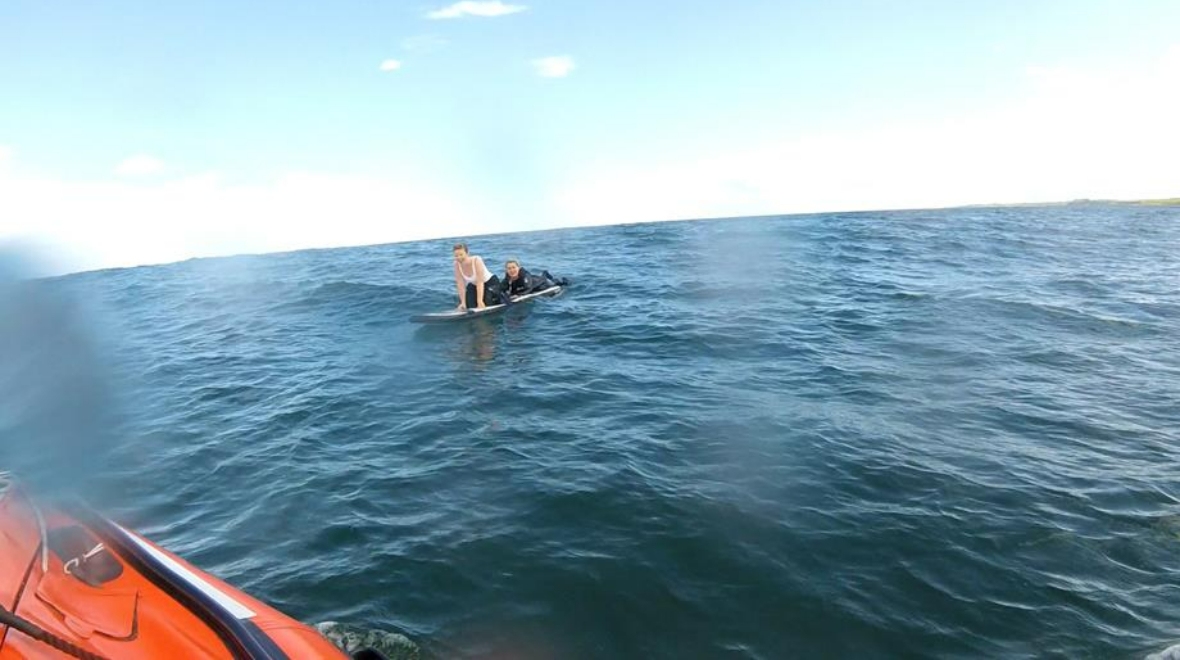 Two paddleboarders were hauled aboard a lifeboat rescue vessel after high winds blew the pair almost a mile out to sea.

Concerned onlookers raised the alarm with local RNLI crews in Fife after the duo were spotted drifting off Kingsbarns Beach near St Andrews.

Crews were immediately dispatched from Anstruther to find the women “clinging on” to one paddleboard and struggling to return to shore around three quarters of a mile away.

They were helped onto the D-class vessel and returned safely to the beach shortly after 2.30pm on Saturday.

Lifeboat crews have since warned those heading out onto the water on boards to take all safety precautions, including wearing flotation devices, and bear wind conditions in mind.

Crew member Thomas Bett said: “Clear information made it very straightforward for us to locate the two paddleboarders in the nick of time.

“With wind blowing the two further away from the shore, it was absolutely the correct thing to do in calling for help.”

He added: “We urge anyone who spots someone in difficulty at the coast to dial 999 and ask for the Coastguard.”