Old school lying in ruins after third blaze this year 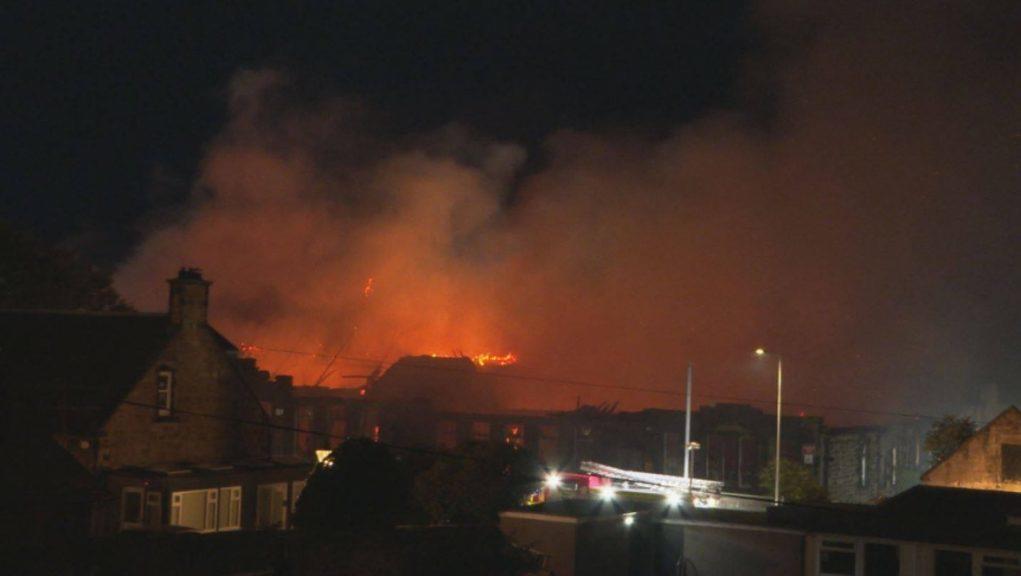 An old high school in Fife has been destroyed after a huge fire on Saturday.

Firefighters went to the former Viewforth High on Loughborough Road, Kirkcaldy, around 7.30pm and were still tackling the blaze on Sunday.

Another fire damaged the school in 2017, and it was twice engulfed by flames in the 1970s.

Now it’s lying in ruins, with the site set to become housing.

Police and the fire service are investigating the cause of the latest blaze.

A Scottish Fire and Rescue Service spokesperson said: “We were alerted at 7.28pm on Saturday, August 15 to reports that a fire had taken hold within a building.

“Firefighters returned to the scene on Sunday, August 16 and worked to dampen down remaining hot spots.

“There were no casualties. A joint investigation with Police Scotland will take place in due course.”