Section of M90 carriageway restricted after car bursts into flames

A fire service spokesperson said there were no reports of any casualties following the blaze. 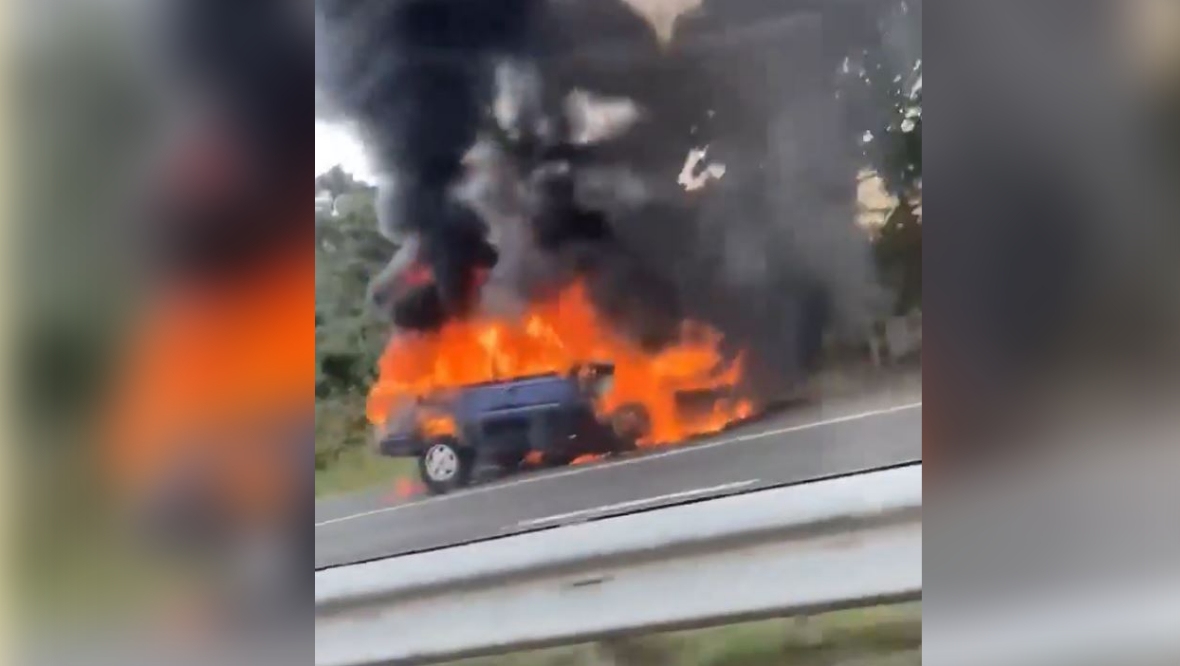 A stretch of the M90 has been restricted after a car burst into flames.

Emergency services were alerted to the blaze at Junction 10 near Perth at around 1pm on Friday.

The Scottish Fire and Rescue Service (SFRS) mobilised two appliances to the scene, and the fire was successfully put out.

No injuries have been reported as a result of the blaze.

A Traffic Scotland update read: “The northbound carriageway remains restricted due to a vehicle fire.

“Police and fire service are in attendance.

“Traffic is heavy in the area, do take care on approach.”

A Scottish Fire and Rescue Service spokesperson added: “We were called at 1:03pm to reports of a vehicle on fire on the M90.

“Two appliances were sent from Perth.

“We received the stop message at 1:43pm.

“There were no reports of any casualties.”

Police attended the scene to assist with traffic management.