Nick Nairn thanks people for support after restaurant blaze

More than 30 firefighters were involved in tackling the blaze at Nick’s on Henderson Street in Bridge of Allan. 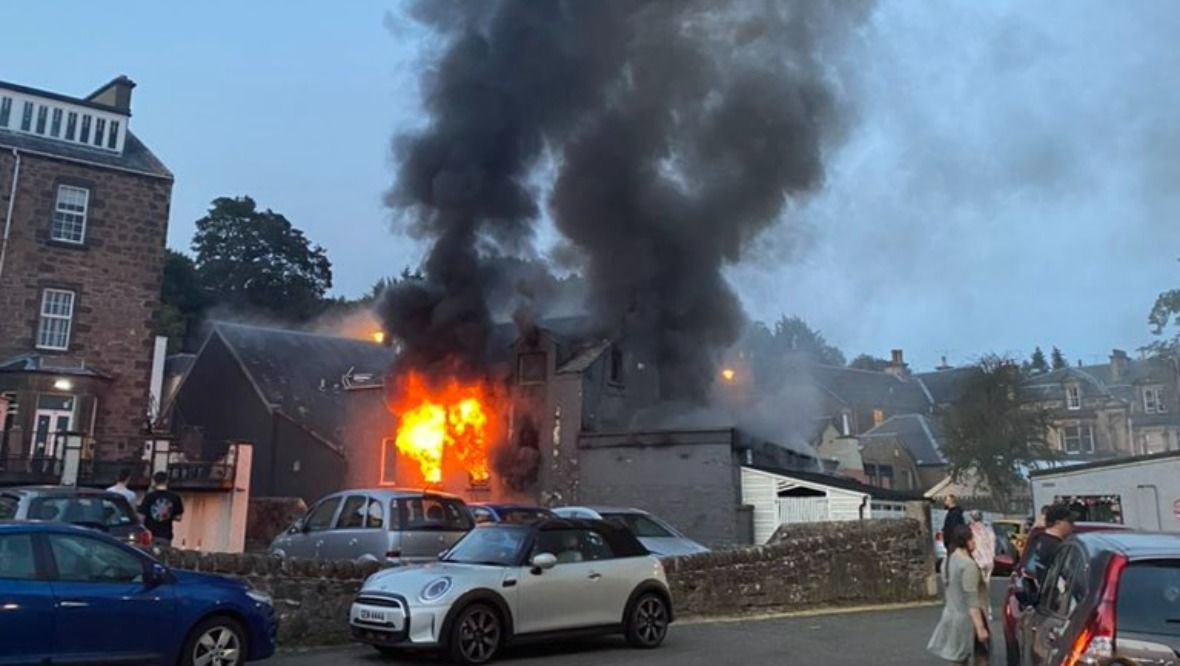 Celebrity chef Nick Nairn has thanked people for their support after a “terrible fire” at one of his restaurants.

More than 30 firefighters were involved in tackling the blaze at Nick’s on Henderson Street in Bridge of Allan.

Fire crews were called to the scene at 8.17pm on Saturday and found a “well developed” fire in the kitchen.

Pictures on social media showed smoke and flames pouring from the building in the town near Stirling.

Nairn said in a tweet on Saturday night: “Just to let you know, terrible fire at Nicks BofA tonight, but thankfully all staff and customers unhurt.

“Huge respect and thanks to the emergency services who were incredible.”

In a later post he added: “Just processing the enormity of tonight’s fire at Nicks BofA. Overwhelmed by the love. Thank you all so much. Love right back at you.”

Six fire engines and a command support unit were sent to the scene.

Two people were treated for smoke inhalation and the last appliance left the incident at 3.30am on Sunday.

Nick’s on Henderson Street thanked people for their support in a Facebook post, which said: “After an eventful evening, we want to let you all know every staff member and customer are safe and well and we want to thank the extraordinary amount of support and love we’ve felt from so many people- it’s so appreciated! We’ll be back, we promise.”