Heartbroken son Karl Tonks said medics did 'everything they could' for his dying mum in her final hours. 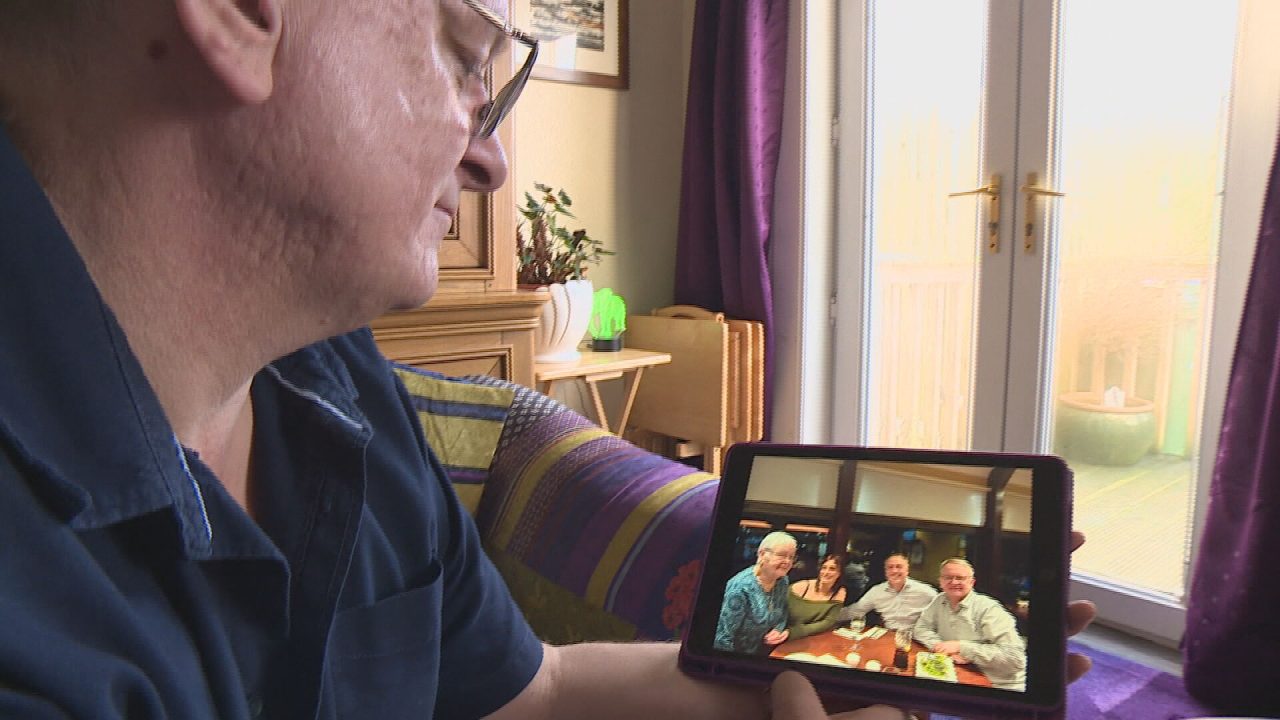 A mum has died after waiting on an A&E trolley for two days at a West Lothian hospital.

The pensioner, 86, was left without privacy for two days before a bed was found.

Her son Karl, an advanced nurse practitioner at a GP clinic in Fife, praised hard-working medics toiling in “war zone” conditions and said the pressure they faced on the frontline was worse than ever.

The 51-year-old told STV News: “There were patients everywhere, staff running around struggling.

“It was really busy in there. They actually looked psychologically tired.

“I knew it was going to be a nightmare in there. The only reason she got into the recess area rather than sitting outside in the back of an ambulance was because of how seriously unwell she was.”

The family had recently celebrated Mrs Tonks’ birthday and spent Christmas together before she fell ill.

She was diagnosed with a chest infection and prescribed antibiotics and steroids after a GP visit.

On December 28, she began struggling to breathe and taken in an ambulance to St John’s Hospital, where she waited in a hospital trolley for two days unable to sleep.

Mrs Tonks’ failed to respond to treatment and her condition deteriorated before she was moved to the medical assessment unit.

Realising she was dying, medics attempted to take her into a side room to give the family privacy in her last moments, but were forced to give them to two newly admitted patients with infections.

Mrs Tonks passed away in a “makeshift cubicle” with her children by her side.

Karl said: “The staff were doing everything they could to give us some privacy to share time together, but there was nothing else they could do.

“It’s not what I would have wanted for mum, but I couldn’t ask the staff for anymore.”

Mr Tonks has worked in the NHS since the late 1980s, but said the sector had never been under so much strain.

The nurse practitioner recalled seeing 75 patients in an eight-hour shift and said the reception was recently flooded with 400 calls in two hours.

He said many of his colleagues were retiring early as they can no longer cope with the stress of the job.

“I have never seen the NHS in this mess,” he said. “Back in the 1980s it was still not as bad as it is now. Covid was the final straw that broke the camel’s back.

“We’ve never experienced anything like that, we haven’t recovered from that and now we’ve got the flu going on. We’ve not had the chance to recover.

“I thank staff with all my heart for what they did for my mum but they shouldn’t be working like this.”

For the third month in a row, the number of hospital beds occupied by people who were ready to be discharged reached a record high according to reports from Public Health Scotland (PHS).

Latest figures show the average number of beds being used by people who were awaiting a care package to leave hospital was 1,950 in November 2022.

It is the highest figure since the current guidance came into place in July 2016 – up by 3% from October when the daily average was 1,898.

The total number of days spent in hospital by patients waiting to be discharged increased by 25% from the previous year.

Delayed discharge has been cited as one of the main contributors to the extreme pressures facing the NHS.

Jacquie Campbell, chief officer of acute services at NHS Lothian, said: “We offer our sincere condolences to the family.

“Our emergency departments are currently under extreme pressure, but our teams are working tirelessly to increase capacity and improve patient flow through the hospital during one of the busiest times we have ever experienced.

“The unprecedented and prolonged levels of demand, which are being exacerbated by rising levels of Covid, flu and respiratory syncytial virus (RSV), continue to cause real challenges for both acute and community care.”

A Scottish Government spokesperson said: “Our deepest condolences are with this gentleman and his family and we are doing all we can to support the health service through what is the most challenging winter in the history of the NHS.

“The First Minister has chaired two meetings of the Scottish Government resilience committee to discuss ongoing pressure and we remain in daily contact with health boards to ensure all possible actions are being taken to support services.

“We will continue to monitor the situation extremely closely and further resilience meetings will be held in the coming weeks as required.”